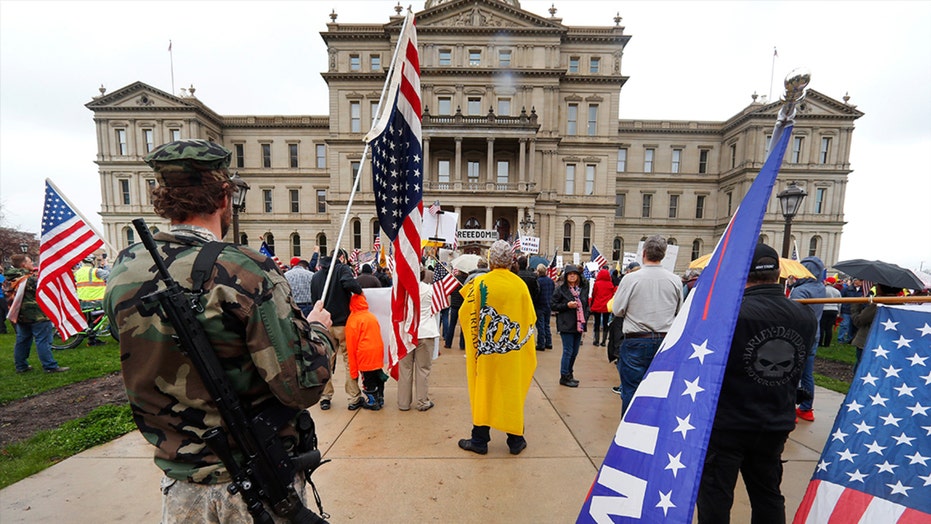 Protests ramp up against stay-at-home orders

President Trump tweets that Michigan's governor should make a deal with the protesters; reaction and analysis on 'The Five.'

Juan Williams reacted on "The Five" Friday to protests against coronavirus lockdown orders that have roiled several states.

Williams said those protesters deserve to have their voices heard but added that they should stop short of "intimidation" and brandishing firearms at the Capitol.

"We do need reasonable people around here, because to me it's pretty clear that if you look at the public opinion on this, 80 percent ... say that they are fine with shelter-in-place [orders]," Williams said. "I think it's like more than half of Republicans and Democrats say another month does not bother them, even people who are unemployed at the moment as a result."

He characterized the demonstrators as a "vocal minority" who have an "important message to deliver."

"I think that if they are being unreasonable, let's have a discussion and challenge it," he added, "but that's not what we are hearing from most Americans at this juncture."