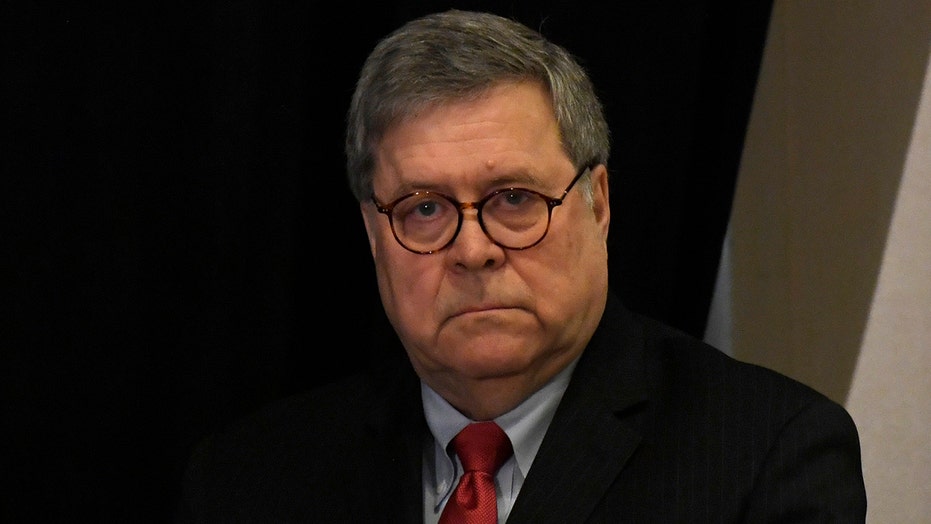 Greg Gutfeld and Juan Williams agreed to disagree Friday on "The Five" while reacting to Attorney General William Barr's claim that while President Trump's tweets "make it impossible for me [Barr] to do my job," the president "has never asked me to do anything in a criminal case."

"This is what I call the weeds. We are in the weeds," Gutfeld said. " ... This is the media's big story right now after everything from collusion to impeachment. What they have right now is a story about Bill Barr and President Trump and tweeting. That's their big story."

"You're trying to give America's sleeping pills," Williams said. "'Oh, it's the media.' How about, 'It's President Trump defying all the norms that say the Justice Department and our legal system, pillars of our great country, should not... be subject to interference from a president who thinks he's an authoritarian.'"

Gutfeld again dismissed the story as a "saltine cracker and ketchup sandwich," asking Williams to be "specific."

"[Trump] wants to protect his friends. He wants to protect Roger Stone and say that, 'Oh, you know what? You shouldn't be sentenced to that.'  Bill Barr then acts. And then Bill Barr says ... 'You make my job tougher by tweeting," Williams said. "So either Trump blew the cover by admitting that he was trying to influence Barr or Barr is sincerely saying, 'Hey, President Trump, you've gone over the line.'"

"There is so much going on," Williams added. "And you're saying to our audience, 'Oh, just ignore it.'"