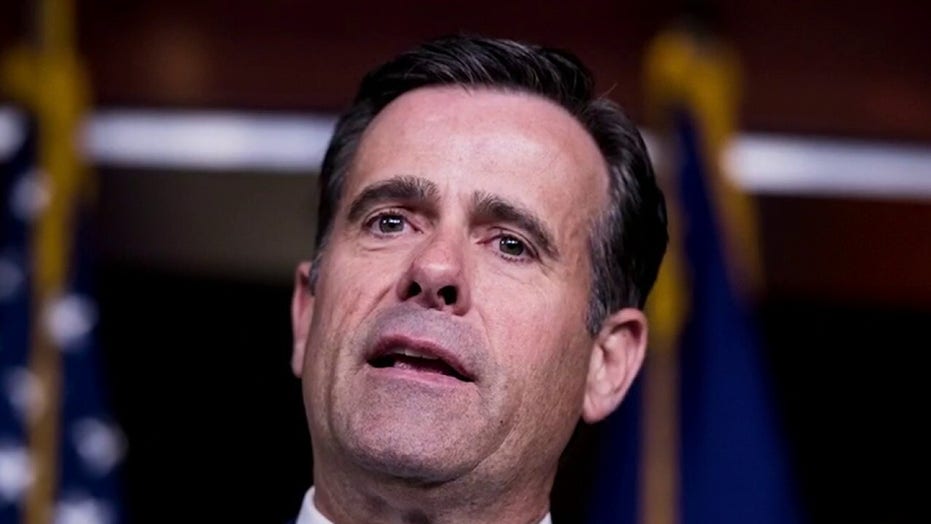 Rep. John Ratcliffe, R-Texas, who President Trump nominated as Director of National Intelligence, said during his confirmation hearing Tuesday that he didn't know what the term "deep state" meant.

Sen. Martin Heinrich, D-N.M., had asked Ratcliffe about President Trump's allegation that members of law enforcement and intelligence agencies had sought to "undermine his administration."

"President Trump has repeatedly, and without any basis in my view, accused the hardworking men and women of the IC [intelligence community] of working to undermine his administration," Heinrich told Ratcliffe before asking, "Do you think -- do you believe that there is 'deep state' in the IC?"

Ratcliffe's office did not immediately respond to Fox News' request for comment.

Trump and his Republican allies have repeatedly denounced the "deep state" during his term of office and accused members of law enforcement and the intelligence community of harboring bias towards him and his administration.

The issue came up again last week when internal FBI documents showed top bureau officials openly questioned whether their goal in interviewing then-National Security Adviser Michael Flynn in January 2017 was "to get him to lie, so we can prosecute him or get him fired."

The documents fueled suspicions that the Russia investigation was tainted by political motives and put the spotlight back on top FBI conterintelligence official Peter Strzok, who was one of the agents who interviewed Flynn. Strzok and his mistress, Lisa Page, created a media firestorm when they were removed from the FBI's Russia investigation after it was revealed that their text messages included disparaging comments about Trump.