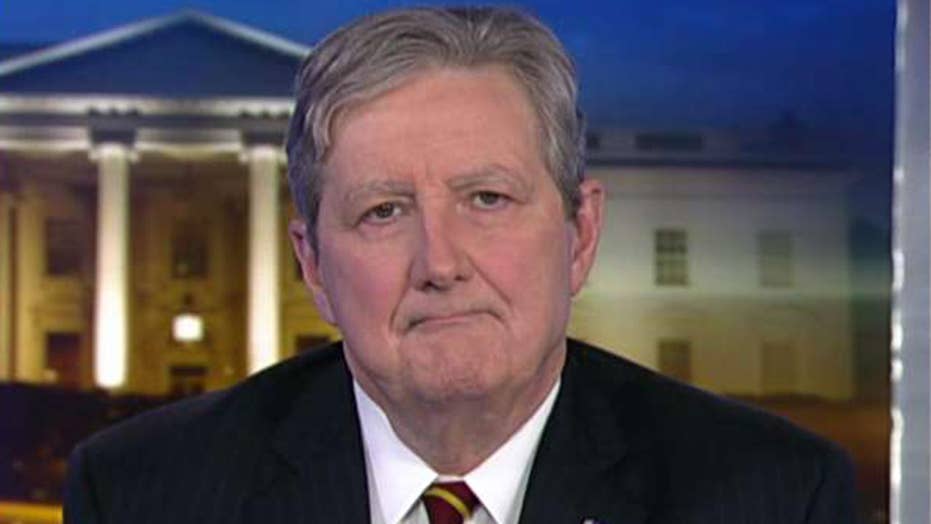 Sen. Kennedy on impeachment trial: Discussion of witnesses is premature

Senate Judiciary Committee member John Kennedy, R-La., said Wednesday that House Speaker Nancy Pelosi is "swollen with partisan rage," after watching the California Democrat shepherd the articles of impeachment against President Trump to the Senate through her formal "engrossment ceremony."

Kennedy told "Tucker Carlson Tonight" that Pelosi's impeachment proceedings in her chamber were "rigged" against President Trump and that as a sitting senator, he intends to treat both prosecuting Democrats and the president's team fairly.

"You don't have to be Mensa material to see that Speaker Pelosi is swollen with partisan rage. The whole process in the House was rigged," said Kennedy, who added that he wants the American people to view the Senate trial differently than the House proceeding. 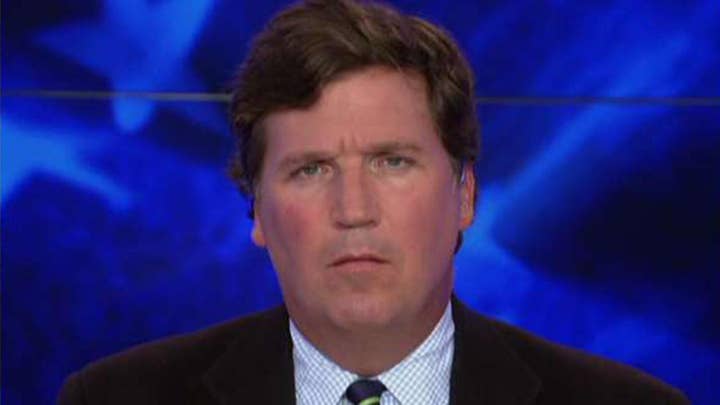 "I don't want the American people to look at the Senate's work and say, 'Well, we just got run over by the same truck twice,'" he remarked.

Regarding whether the Senate should allow both sides to call witnesses, Kennedy said such conversation was "premature."

He said that the details of the Democrats' prosecution, as well as the White House's defense, is unclear.

If witnesses are allowed, he said, Sen. Charles Schumer, D-N.Y., should be allowed to call who he wants, as should Trump's team.

However, he warned that Schumer could put the prosecution in an awkward predicament.

In a case such as that, Kennedy claimed, Schumer's witnesses would be restricted from testifying and Trump's defense team could call Joe and Hunter Biden as well as House Intelligence Committee Chairman Adam Schiff, D-Calif., to the witness stand unimpeded.