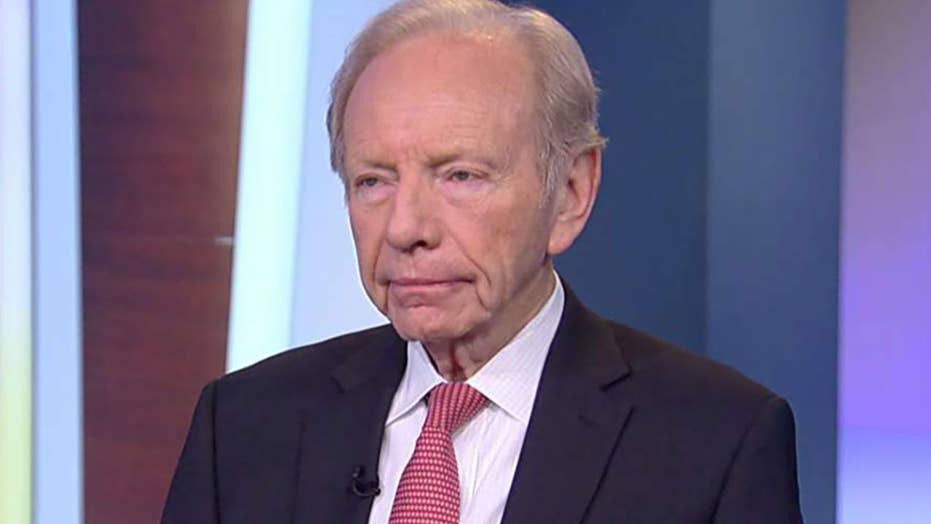 Lieberman made those comments during an interview with radio host Glenn Beck. He was specifically referring to what Alexander Hamilton and James Madison would have said if they were alive to see Trump's would-be acquittal.

"This is what we intended," Lieberman said the founders would have remarked, according to The Blaze, which is owned by Beck.

While Lieberman said that he would vote to allow witnesses, he would ultimately support acquitting the president. He told Beck that Trump shouldn't have conducted the now-infamous July 25 call with Ukraine's president in the way he did, "but did it reach the point where we can say nine months before an election [...] that, if we keep him in office, he represents a danger to the country? I don't think so."

Instead, Lieberman preferred that the Senate let voters decide, as he says the founders would have wanted. "Leave it to the people in November. In other words, impeachment, as our framers intended, I believe was not meant to be punitive, to punish you either criminally or by taking you out of office," he said.

He claimed that impeachment was meant "to protect the country until the next election -- and the closer it is to an election, the higher the threshold to convicting somebody, a president, and removing him from office."

His comments came after the Senate narrowly voted against allowing new witnesses in the trial -- a longstanding point of contention between Democrats and Republicans.

Lieberman cited Sen. Lamar Alexander, R-Tenn., who also said Trump's actions were wrong but not enough to remove him from office.

Alexander, who is retiring from office at the end of the year, was the most vocal, saying he did not need to hear more evidence to conclude that Trump was wrong to ask a foreign leader to investigate a rival.

“But,” said Alexander, “the Constitution does not give the Senate the power to remove the president from office and ban him from this year’s ballot simply for actions that are inappropriate.”

Similarly, Sen. Lisa Murkowski, an Alaska Republican whose opinions have been closely watched because of her centrist reputation, issued a five-paragraph statement Friday that declared her opposition to witnesses without mentioning Trump once or registering any support for his actions.

“Given the partisan nature of this impeachment from the very beginning and throughout, I have come to the conclusion that there will be no fair trial in the Senate,” Murkowski said. “I don’t believe the continuation of this process will change anything.”