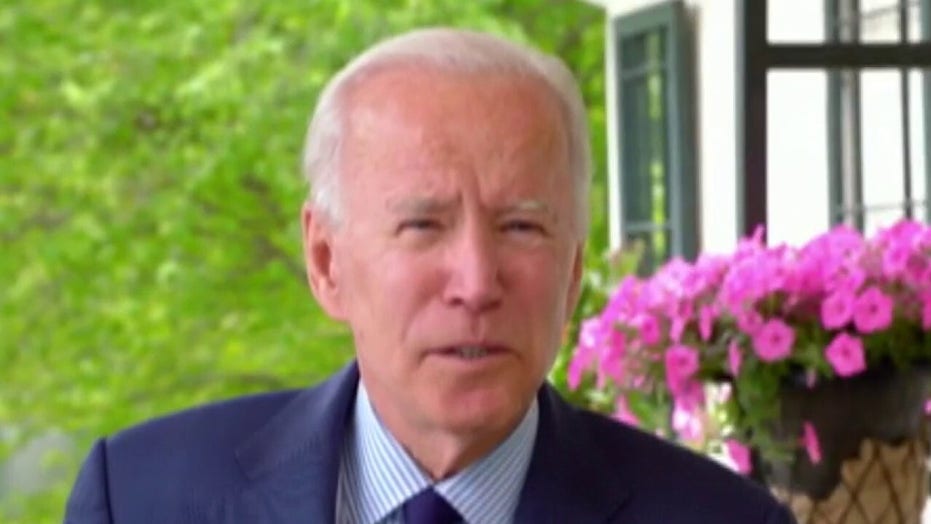 President Trump has had plenty of nicknames for Joe Biden over the years; Jacqui Heinrich reports.

ABC News’ FiveThirtyEight published an article Thursday explaining why Joe Biden appears to be drifting further to the left, but one critic feels it proves liberals see the former vice president as a “puppet."

Perry Bacon Jr.’s piece, “How Biden Could Be The Most Liberal President In Modern U.S. History,” began by noting that far-left Democrats appeared out of luck once Sen. Bernie Sanders suspended his campaign.

“It seemed like the Democratic Party’s left wing suffered a major and potentially long-lasting defeat. Not only had Sanders lost, but former Vice President Joe Biden had won while casting many left-wing ideas as both unrealistic and detrimental to Democrats’ chances of winning elections,” Bacon Jr. wrote. “But if Biden is elected in November, the left may get a presidency it likes after all -- or at least one it hates less than anticipated.”

Conservative strategist Chris Barron told Fox News that the article was further proof that liberals simply saw Biden as a “puppet” with a chance to defeat President Trump.

“They aren’t nominating a presidential candidate -- they are choosing a guy they think can win who they can then steamroll into pushing their radical agenda,” Barron said. “Biden’s campaign is sad on many fronts, but this might honestly be the saddest.”

“If American politics is moving left, expect Biden to do the same. Biden was often cast as a centrist or a moderate during the Democratic primaries, but those labels don’t really describe his politics that well -- he doesn’t really seem to have any kind of set ideology at all,” Bacon Jr. wrote.

Bacon Jr. said Biden’s long record in public office indicated he is “fairly flexible on policy,” often willing to shift his position to fit the Democratic agenda du jour, and therefore would likely be a “fairly liberal president” if elected.

"They are choosing a guy they think can win who they can then steamroll into pushing their radical agenda."

“Mirroring the shift in his party, Biden and his advisers are now reimagining his candidacy and presidency -- rolling out more liberal policy plans, speaking in increasingly populist terms and joining forces with the most progressive voices in the party,” Bacon Jr. wrote.