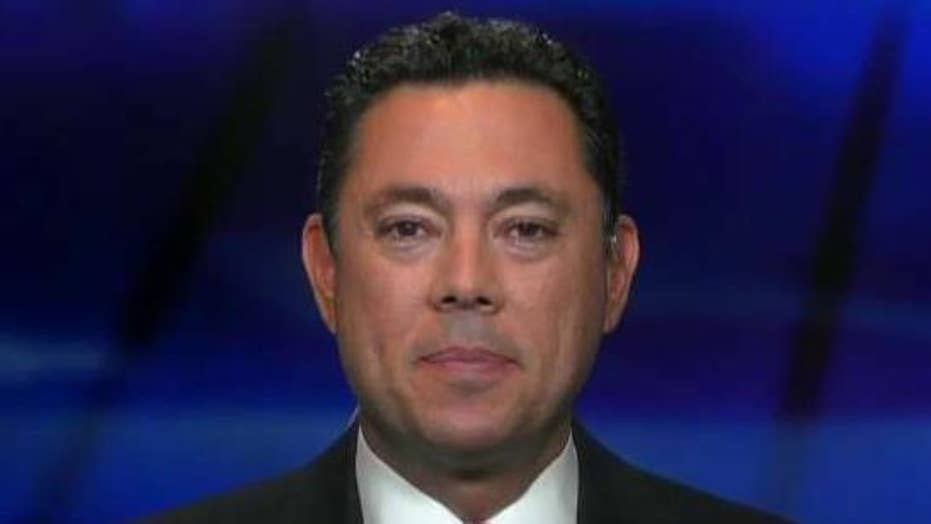 Jason Chaffetz defended President Trump calling on China and Ukraine to investigate former Vice President Joe Biden -- saying it is what he would want to see from a commander-in-chief.

“I think a president is doing his job when he wants mutual cooperation to investigate and look at corruption,” Chaffetz told “Outnumbered Overtime” Friday.

The comments came after Trump said Thursday that China should investigate the business dealings of Biden's son, Hunter, as he doubled down on his prior -- and controversial -- call for Ukraine to do the same.

One of the people to criticize Trump was the 2012 Republican presidential candidate, Mitt Romney.

“By all appearances, the President’s brazen and unprecedented appeal to China and to Ukraine to investigate Joe Biden is wrong and appalling," Romney tweeted.

On "Outnumbered Overtime," Chaffetz said that only Democrats would join Romney in his position against the president’s decision.

Trump's call for a Chinese investigation into the Bidens comes as the House moves forward with an impeachment inquiry against the president for pressing Ukrainian President Volodymyr Zelensky over the summer to "look into" the family's dealings. Trump referenced an old investigation involving gas company Burisma Holdings, where Hunter served on the board, as well as the elder Biden's role ousting a prosecutor who had been looking into the company.

“Donald Trump is honest enough to actually throw it out there and say, yeah, this is what I’m trying to do instead of trying to hide it like we’ve seen in previous administrations,” Chaffetz said.