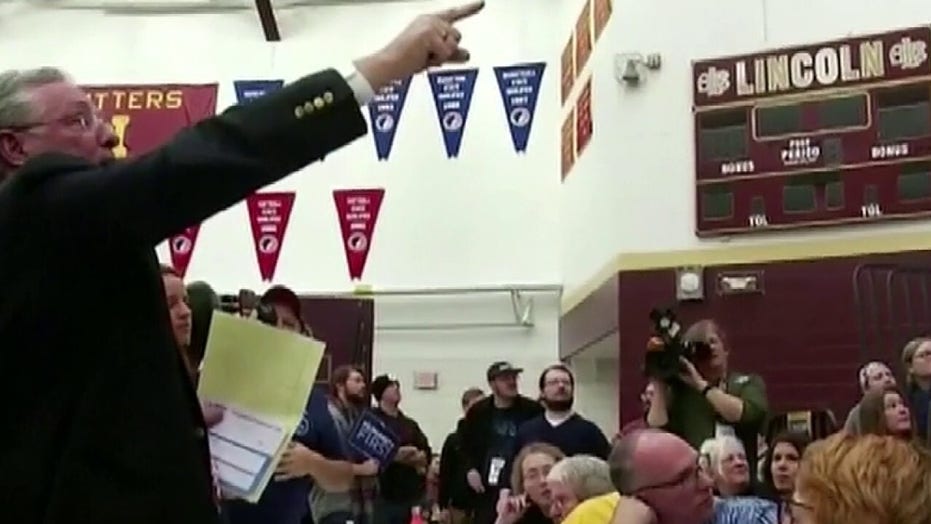 The Department of Homeland Security confirms Democrats' Iowa caucus app was not hacked but experts are still raising concerns about the risks of relying on new technology in elections; Gillian Turner reports from Capitol Hill.

The GOP compared the Democrats' Iowa Caucuses to the Fyre Festival, a disastrous 2017 music festival that left guests stranded in the Bahamas with no food or accommodations.

Republican National Committee's rapid response director Steve Guest penned a blog mocking the Iowa Democratic Party, which has blamed the Iowa Caucus results being delayed on a “coding issue” in its reporting app.

CNN’S WOLF BLITZER ROASTED AFTER ACCIDENTALLY ADDING TO IOWA CAUCUS CHAOS: 'THIS IS A CLOWN SHOW'

The blog, “Democrats' Iowa Fyre Fest,” was published on the RNC website and declares President Trump the winner of Iowa’s caucuses.

“After nearly 12 hours of waiting for results to come in from the Iowa Democrat caucuses, there’s no way to sugarcoat this: the caucuses are a total and complete disaster for Democrats,” Guest wrote before embedding a series of tweets highlighting the issues related to the caucuses.

Fyre Festival is infamous for being a festival that never happened despite organizers collecting thousands of dollars from fans who were promised gourmet food, luxurious accommodations, access to celebrities and an overall glamorous experience. Instead, they received cold cheese sandwiches, were housed in tents once used for disaster relief and were sent home without seeing any music performances.

The Bahamas debacle resulted in two wildly popular documentaries and promoter Billy McFarland was sentenced to six years in prison. McFarland admitted to defrauding investors of $26 million in the 2017 Fyre Festival and over $100,000 in a fraudulent ticket-selling scheme after his arrest in the scam.

The Barstool Sports podcast “Pardon My Take” features a reccurring segment in which co-hosts discuss their “personal Fyre Fest,” which is essentially a list of things that recently inconvenienced them.

Liberal cable news pundits have criticized the Iowa Democratic Party at every turn, indicating that the caucuses would be their “personal Fyre Fest” by Barstool Sports’ standards. But Trump supporters and members of the GOP don’t seem to mind the chaos.

“President Trump is the only one who can claim victory heading out of Iowa,” Guest wrote to end his blog. “How on earth can the Democrat Party which is bent on a total government takeover of health care credibly claim it will work if they can’t even report the results of a caucus in a timely manner?”