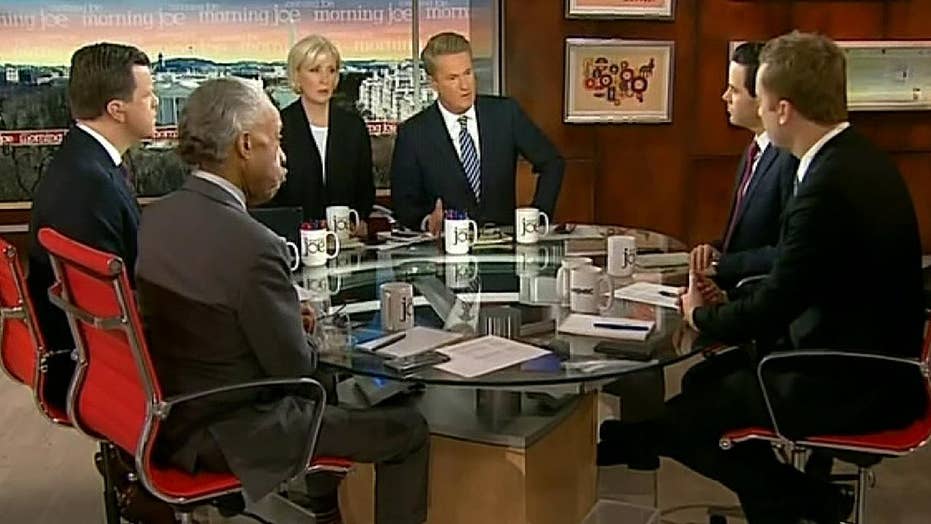 Following delayed results from the Democratic Iowa caucuses due to a malfunctioning voting app, MSNBC host Joe Scarborough asked if the app could have been compromised by hackers, and said it's an embarrassing moment for the party, either way.

“What is wrong with [the] Iowa Democratic Party?" he asked Tuesday, on "Morning Joe." "Again, this is a party who botched the call four years ago, rushed it when the media was shocked that they would be so transparent. And — and now they get on the phone for 74 seconds? The world’s watching this. We’re not being melodramatic.

"For a year and a half, American politics has been focused on this moment," Scarborough continued. "And the Democratic Party has a crappy app and say, ‘Well, nothing happened to the app.’ But then you’re hearing the reports that something did happen to the app. Was there election interference? Did somebody try to hack into the app? Was it just pure incompetence?”

The tech firm hired to construct the mobile app, Shadow Inc., is linked to a handful of Hillary Clinton campaign veterans. At least the COO, CEO, CTO and a senior product manager at Shadow all worked for the Hillary Clinton presidential campaign, according to LinkedIn profiles.

"Did they lose the information?" Scarborough continued. "Why were they only on the phone for 74 seconds when they should be holding two-hour press conferences explaining to America, and the world, what happened?"

The Iowa Democratic Party released a statement about the mishap on Tuesday morning and claimed the app wasn't hacked but was only reporting partial data.

"As precinct caucus results started coming in, the IDP ran them through an accuracy and quality check," it continued. "it became clear that there were inconsistencies with the reports. The underlying cause of these inconsistencies was not immediately clear, and required investigation, which took time."

The release went on to say the data collected "was sound" but due to a coding issue, the full results were not available last night. State Democrats said the problem has been resolved and hope to have the results at some point on Tuesday.

President Trump commented on the chaos in Iowa last night on Twitter Tuesday morning and called it a "disaster." He also compared it to the issue-plagued Obamacare website.

"The Democrat Caucus is an unmitigated disaster," he tweeted. "Nothing works, just like they ran the Country. Remember the five Billion Dollar Obamacare Website, that should have cost 2 percent of that. The only person that can claim a very big victory in Iowa last night is 'Trump.'"

Associated Press White House reporter Jonathan Lemire followed by saying that the caucuses turned into a "disaster on every level" for the party. Scarborough said Sen. Bernie Sanders, I-Vt., and former South Bend, Indiana Mayor Pete Buttigieg and their supporters should be furious at the party for denying the two candidates their moment after an expected strong night.

"[Sanders] worked his ass off for years, survived a heart attack. ... This is inexcusable," the co-host said.