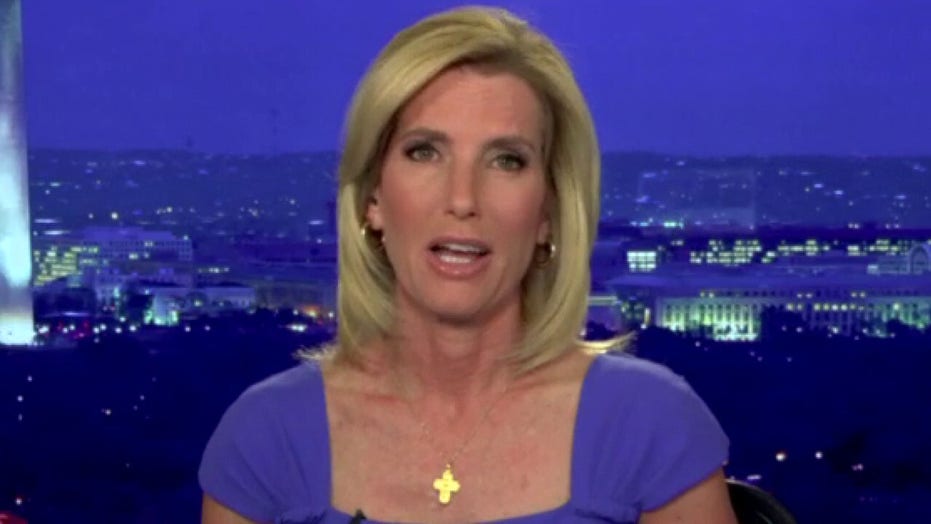 If you still wanted to give blue state governors and mayors the benefit of the doubt on their COVID-19 lockdowns, you can disabuse yourself of that notion for good.

Laura Ingraham ripped violent protesters and looters who have followed peaceful protests in the wake of George Floyd's death.

Ingraham said in her "Ingraham Angle" monologue that those committing violence and other criminal acts are co-opting Floyd's death for their own gain.

"This is all political in the end for the Democrats -- all of it. They want to stop President Trump and his supporters from having rallies or even a convention. Meanwhile, they applaud tens of thousands of people packed tightly into the streets and parks to support their own efforts to defeat him. Isn’t that a neat trick," she said. 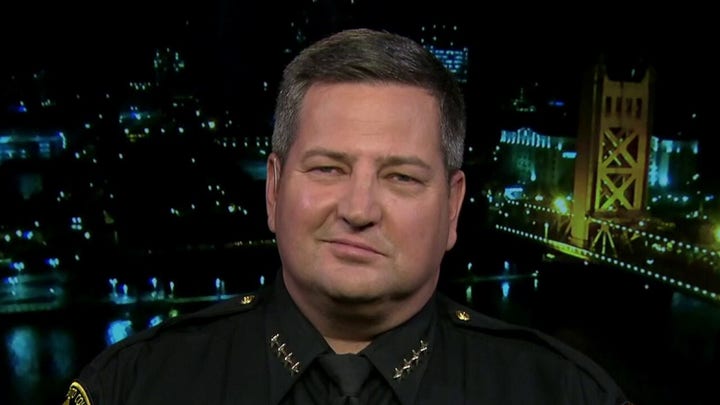 "His tragedy is their excuse. The folks you see yelling at cops on TV -- [they are] a lot of the wealthy suburban kids," she noted. "I guess they are tired of sitting home playing video games or buying stuff on Amazon Prime. They are trying to check their privilege while checking their Apple watches," she said.

"As we explained for months the left-wingers tried to force us to stay home. But the left, their protest had become essentially right now part of a religion that is essential that must be protected -- But it’s also become part social club. And the same geniuses who love to mock baptists are out in the street with their own rituals," she said.

She said, "Let’s be clear, everyone is infuriated. Anyone with a shred of decency about what happened to George Floyd --everyone wants justice to be done."

"But those creepy rallies have nothing to do with George Floyd. At least for most of the people on the left," Ingraham said.

She said that until the looting and anti-police sentiment and violence, Democratic leaders had slammed their own constituents for wanting to hold weddings, funerals, or trying to go to work.

"The left's rules, have you noticed this? They never seems to apply to them. We have seen this with Governor Ralph Northam not wearing his mask or Governor Whitmer’s husband traveling to the family cabin up north or Governor Pritzker's family escaping from Illinois to that awful dangerous state of Florida," she said.

"If you still wanted to give these governors and mayors the benefit of the doubt on these COVID lockdowns, now you can disabuse yourself of that notion for good."

She pointed specifically to New York Mayor Bill de Blasio, who in April said during a press conference that people gathering in "large numbers will spread a disease that will kill other members of the community."

"If you saw anger and frustration, you are right. I spoke out of real distress that people’s lives were in danger before my eyes. And I will not tolerate it," de Blasio said, after Hasidic Jewish mourners gathered in Brooklyn for a funeral that was broken up under his order.

"People’s lives were in danger at the funeral, okay. But when throngs of looters roam the street to smash and grab and push aside or worse, anyone in their way, suddenly there is zero concern for public health, COVID, and the police -- by de Blasio -- are told to use a light touch," she said, noting the widespread criminal activity and bands of looters in Manhattan and Brooklyn.

She also pointed to the mainstream media's outrage even amid the violence that President Trump would want to have Republicans gather in North Carolina for their convention -- after the president exchanged remarks with Democratic Gov. Roy Cooper over the ability for the RNC to come to Charlotte.

"Have any of you seen the crowds in Raleigh and Charlotte North Carolina? If you want to open your doors to customers, they will stop you or send state inspectors and they will have measuring tapes and make sure your salad bar is in order, but if you want to ransack a restaurant, they will give you the green light," Ingraham said.