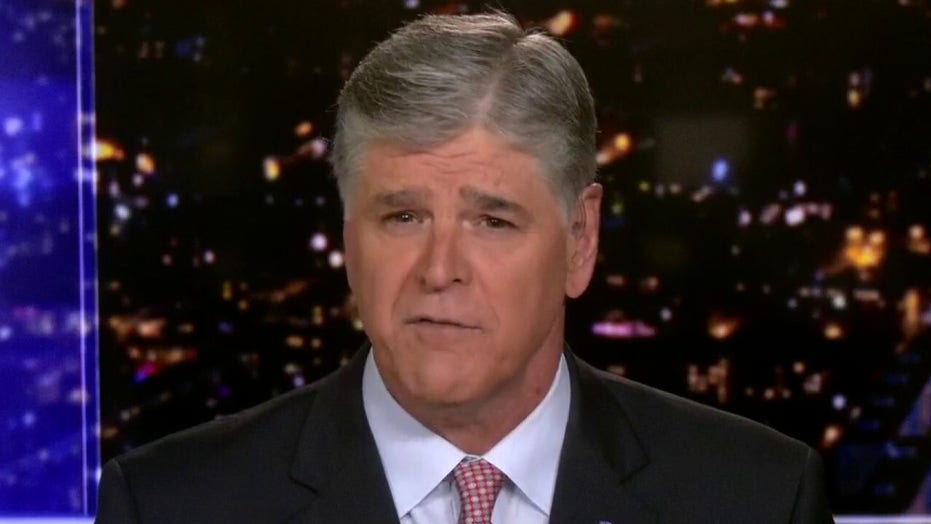 Hannity: What did Obama and Biden know and when did they know it?

Sean Hannity opened his television program Monday by zeroing in on what President Trump has dubbed "Obamagate," slamming former President Barack Obama and his administration for their role in the Russia investigation and the investigation of Michael Flynn.

"Remember National Security Adviser Susan Rice, remember, she went back, she sent herself a very unusual email," Hannity said. "... She references the president's January 5th meeting in the Oval Office on January 20th, 15 days later, and said that Obama said he wanted all the investigations to be done by the book."

"Why are you writing this on Trump's inauguration day? Why is Susan Rice memorializing a meeting about Flynn in the Oval Office?" Hannity asked rhetorically. "Do everything by the book, Obama said. Can it be any more obvious that the person that lied on five Sunday shows about Benghazi was scared to death that Obama's plotting and scheming would soon be exposed?"

Hannity then rounded on Obama for his leaked comments criticizing Attorney General William Barr and the the Department of Justice motion for the case aginst Flynn to be dropped.

"Barack, perhaps you forgot there's an actual precedent from you. One of your favorite military advisers, retired General James Cartwright, well, he's convicted [in October 2016] of lying to the FBI," Hannity said. "But guess what? In 2017, Barack Obama, the hypocrite. He issued  a full pardon for his favorite general."

"Many current and former officials, they have reason to be worried. My sources [are] telling me tonight that some of them have now lawyered up with the biggest names and most expensive lawyers in Washington, D.C.," Hannity said. "Perhaps they know what's coming. Maybe that's why nearly 2,000 former DOJ employees signed a letter blasting AG Barr for dropping charges against Flynn. Timing is suspicious, don't you think?"

"The message has gone out: Protect your own. Protect the deep state," Hannity went on. "Sounds like Obama might have been sending out warnings."

The host also blasted the media in addition to Democratic operatives for their attacks on Barr, saying they want to stop the "truth."

"This is now part of a systemic attempt to destroy Attorney General Barr for trying to get to the truth and expose corruption and abuse of power," Hannity said. "And of course, they were hurting President Trump and they were trying to upend a duly elected president after they failed at preventing him from getting reelected by protecting his opposition candidate."