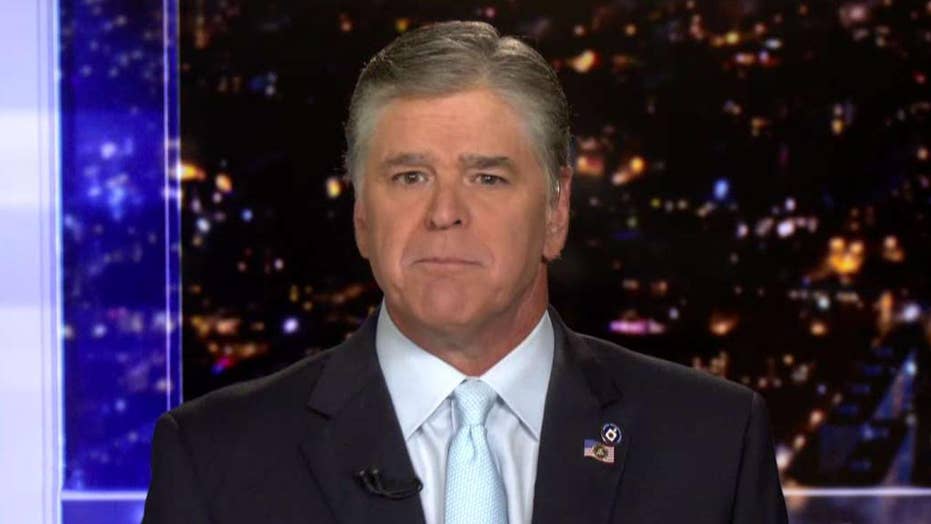 White House releases transcript of phone call between President Trump and the president of Ukraine.

Sean Hannity blasted Democrats Wednesday for continuing to target President Trump over allegations involving a phone call with the president of Ukraine, calling their push for impeachment "B.S."

"This is even a thousand and one times weaker than the Russia witch hunt," Hannity said on his television show. "The Ukrainian witch hunt after days and days and days non-stop psychotic hysteria out [of] a phone call between President Trump the president of Ukraine." 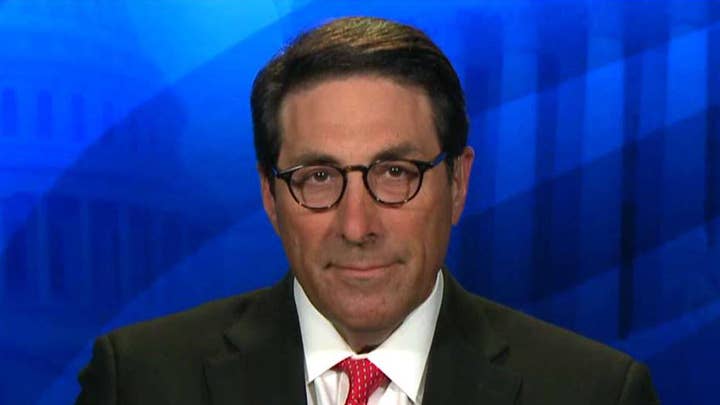 The White House on Wednesday released a transcript of Trump’s July phone call with Ukrainian President Volodymyr Zelensky showing he sought a review of Biden family dealings in the country -- but the document does not show Trump explicitly leveraging military aid as part of a quid pro quo, as Democrats have suggested in pressing forward with an impeachment probe.

Hannity said that Trump continues to have people within the system working against him.

"The president of the United States can't make a phone call to a foreign leader without getting spied on and stabbed in the back by unelected bureaucrats," Hannity said. "People weaponizing the powerful tools of intelligence and turning it on the American people and their president."

The host also confessed he's worried about the country's future.

"I worry about the future of this country and this republic. 'It's a republic if you can keep it,' Ben Franklin said," Hannity said. "I'm beginning to wonder if we can keep it under these conditions."