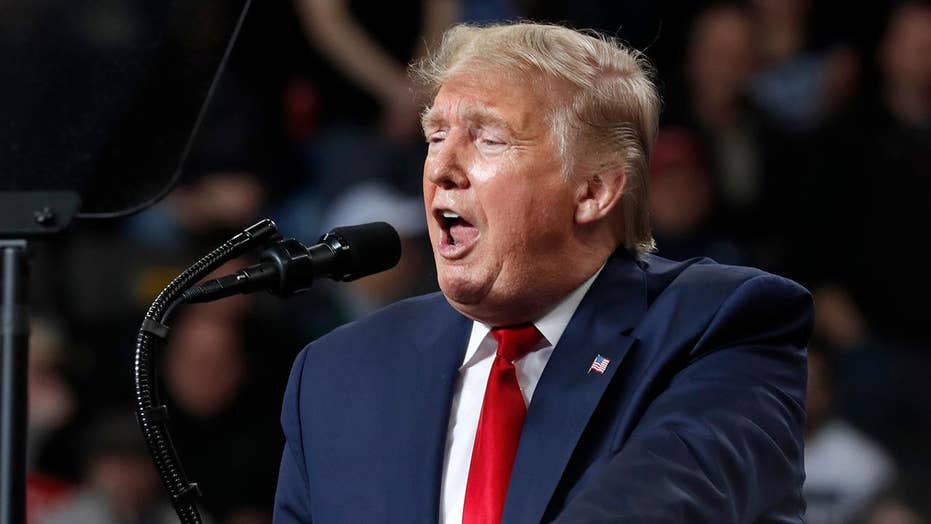 Trump mocks Democrats' outrage over Soleimani strike; reaction and analysis on 'The Five.'

Greg Gutfeld defended President Trump's handling of Iran Friday on "The Five," saying that president is a "sensible person" and that the media doesn't understand him.

"This is the point: That Trump, with this warlike behavior, is so rare that the media has to jump for it and scream bloody murder," Gutfeld said. "And the problem that they have is that they're currently living in the prison of two ideas. It's either nothing or war, right? We do nothing or it's World War III. That's how they see it. Now, if that were the case, we would either be slaves or Ghengis Khan."

"Trump, like a sensible person, operates in the turf between those two prisons and finds a decisive action that creates a positive outcome that is incredibly non-warlike," he added.

Co-host Emily Compagno pointed out that the response of "fear" from the president's detractors is exactly what Iran was going for.

"I think part of this articulation of fear is exactly what that regime of terror wants us to do, which is refrain from responding in kind with a defensive, decisive action for fear of more terroristic actions," Compagno said. "But this isn't a new war on Iran. This is a new chapter on their ongoing war against us for the last 40 years."

Compagno said Iran doesn't deserve to be treated like a country because they are a "cause."

"And we and the globe have been bullied, frankly, into treating them like a country and they're not," Compagno said. "It's a cause."