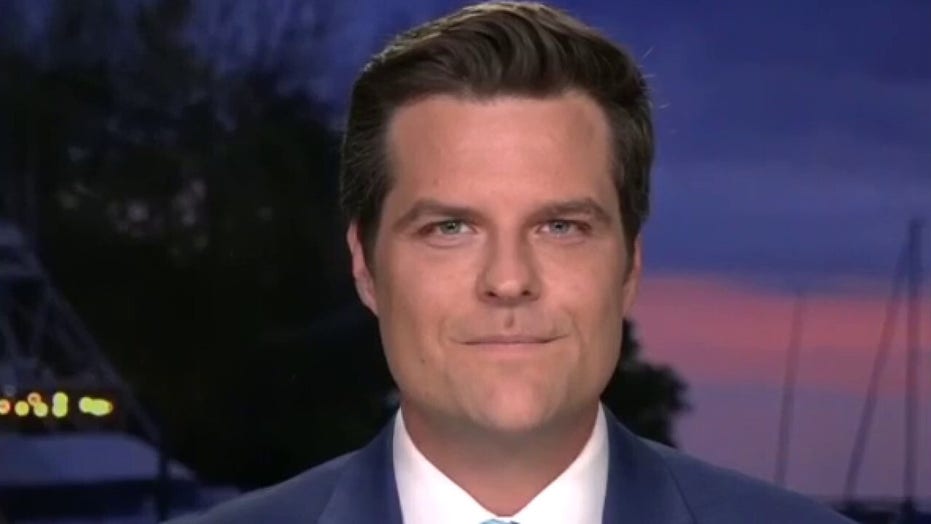 Rep. Matt Gaetz on US grant money going to Wuhan lab that was studying coronaviruses in bats

Rep. Matt Gaetz, R-Fla., called on Health & Human Services Secretary Alex Azar Tuesday to cease funding a research grant to the Wuhan Institute of Virology in China, telling "Tucker Carlson Tonight" the action could be accomplished "with the stroke of a pen."

"I'm against funding Chinese research in our country, but I'm sure against funding it in China," Gaetz said. "The NIH [National Institutes of Health] gives a $3.7 million grant to the Wuhan Institute of Virology [and] they then advertise that they need coronavirus researchers and following that, coronavirus erupts in Wuhan."

The Mail on Sunday newspaper in the U.K. reported over the weekend that the Wuhan institute "undertook coronavirus experiments on mammals captured more than 1,000 miles away ... funded by a $3.7 million grant from the US [sic] government."

The paper also reported that the research results were published in November 2017, but the NIH "continues to license the laboratory to receive American money for experiments."

Gaetz added that if Azar does end funding for the grant, it would "be consistent with the fantastic news" that President Trump is halting funding to the World Health Organization while the U.S. investigates that body's actions during the pandemic.