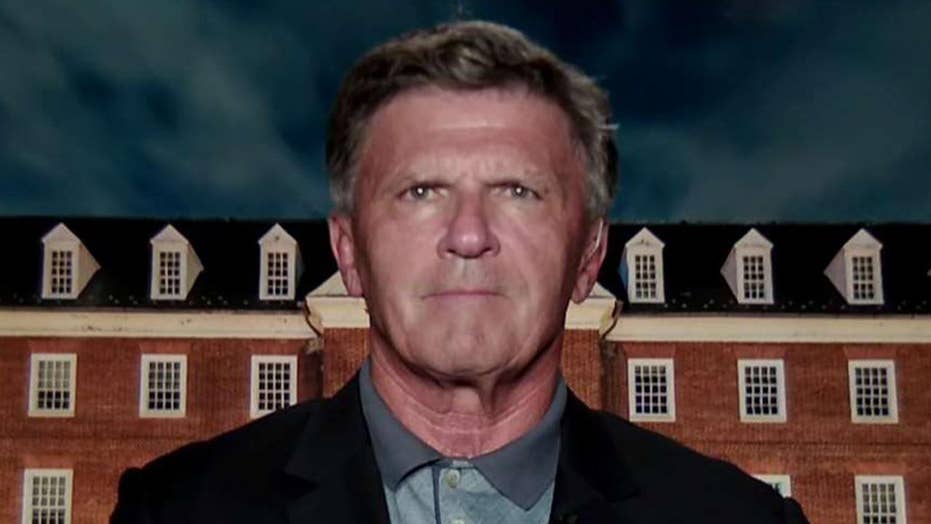 “It takes tweets to get people to focus in on some of the dire problems that we've had now for multi, for many many years a multigenerational failure with regard to our schools and flight of our small businesses and the drug culture and lots of small gangs,” Ehrlich said on "Fox News at Night."

Cummings, who has represented parts of the city in Congress for more than 20 years, said on ABC News that there is “no doubt” the president is a racist.

“If it takes some tweets to get people to actually focus on that. Then we'll have at least a positive byproduct of it,” Ehrlich said.

Baltimore officials and national Democratic officeholders pushed back against the president’s remarks, including the president of the Baltimore City Council and House Speaker Nancy Pelosi, D-Calif. Ehrlich recalled Sen. Bernie Sanders, I-Vt., making similar remarks about Baltimore in 2015, though similar outrage was absent.

Ehrlich went on to say, "There is a double standard for everything the president does. Quite frankly, it's going to be demonized."

"It's not just Congressman Cummings’ district. It's obviously a lot of urban areas: white, black. Doesn't matter what color you are. But to a very real extent, we've lost a lot of our kids. We've deprived them of their constitutional rights, particularly with regard to failing public education. It's an old fight I had as governor here. We lost that fight, unfortunately,” Ehrlich said.