Former CIA Director John Brennan criticized President Trump on Friday as the top two intel chiefs resigned from their positions next week, expressing concern that the president is solely seeking "blind loyalty" in his administration.

Trump announced on Thursday that he had chosen National Counterterrorism Center Director Joseph Maguire to take over as Acting DNI after Dan Coats leaves the post on August 15. He also revealed that Sue Gordon was stepping down, calling her a "great professional with a long and distinguished career."

Appearing on MSNBC, Brennan was sounding the alarms about the intel shakeup and suggested that Gordon was being forced out based on her resignation letter. 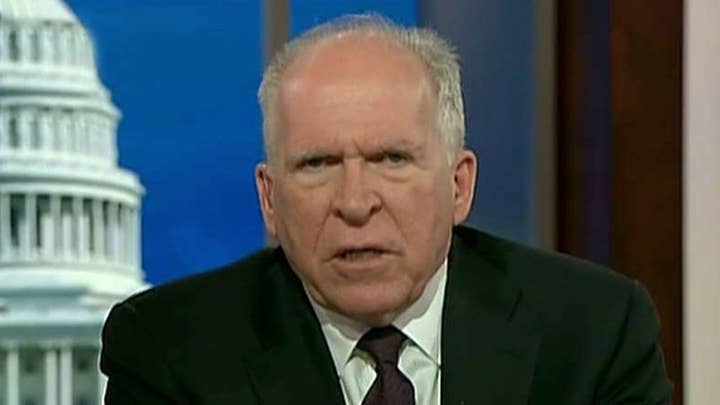 "When you have the number one and the number two departing the head of the intelligence community, it really does damage to the community as a whole," Brennan explained. "And so I think Sue Gordon was trying to signal that she wanted to stay, but clearly, Mr. Trump didn't want her."

"Why do you think he didn't want her?" MSNBC anchor Andrea Mitchell asked.

"I don't know," Brennan responded. “I think he wants individuals who are going to show blind loyalty to him, and Sue Gordon is somebody who will speak truth to power. I worked closely with Sue for many years. If she disagreed with something that I said or did, she’d let me know about it.”

Brennan later went on to praise Maguire's years of service, calling him a "great American," but questioned his "understanding of the intel community."