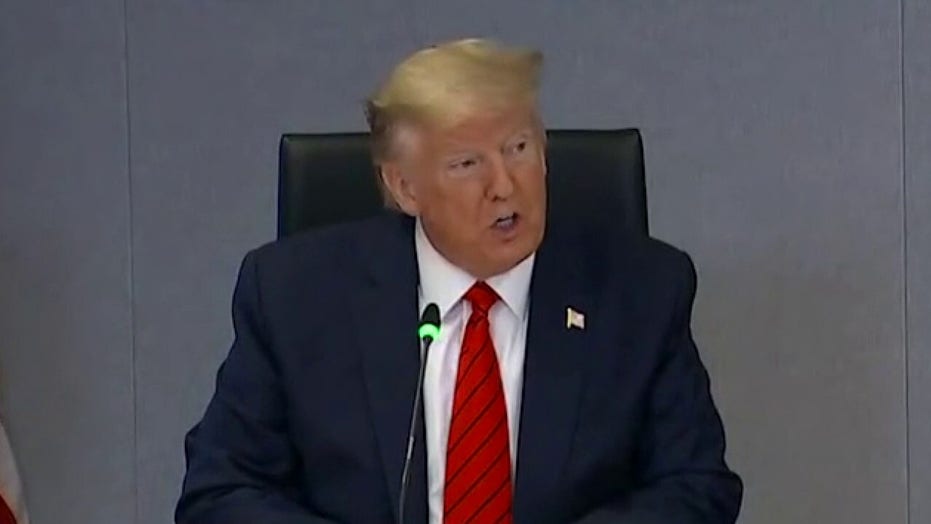 President Trump and Vice President Pence visit the FEMA headquarters to speak with governors about the COVID-19 response.

Sen. Elizabeth Warren, D-Mass., took an extra measure on Thursday not to offend China by censoring a tweet President Trump made about the coronavirus.

There has been growing criticism among Democratic lawmakers and members of the media over Trump's use of the term "Chinese virus" in reference to the origin of the pandemic, which critics have called "racist" and "xenophobic."

On Wednesday, Trump took to Twitter explaining why he signed the Defense Production Act, which should increase the production of medical equipment needed to combat the outbreak.

"I only signed the Defense Production Act to combat the Chinese Virus should we need to invoke it in a worst case scenario in the future. Hopefully there will be no need, but we are all in this TOGETHER!" Trump had tweeted.

Warren on Thursday knocked the president's tweet and shared a screenshot of it with the word "Chinese" blurred out.

"President Trump, are your eyes stitched shut? Hospitals need test kits, ventilators, & other medical supplies. That's why the DPA exists. Stop dragging your feet & burying your head & start helping hospitals that are about to be slammed by this pandemic," Warren wrote.

"She blurred out the word 'Chinese' in her quote tweet of Trump. She is absolutely beyond parody," Ben Shapiro said.

Others were supportive of the former presidential candidate's decision to remove the "slur."

"I love that you blurred the racism before tweeting," Warren supporter Sara Ackerman said.

"Love that you blurred his racist slur, too," Jack Straw, another supporter of Warren, similarly tweeted.