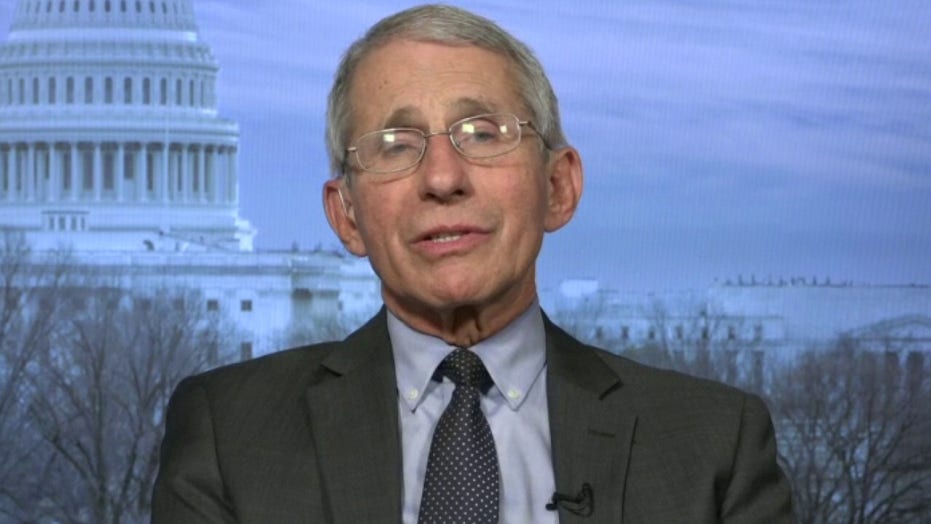 Dr. Anthony Fauci offered a behind-the-scenes glimpse at the daily coronavirus task force press briefings, noting that President Trump often ad-libs his comments and explaining how he handles it when he disagrees with the president.

Dr. Fauci, the National Institutes of Health infectious diseases expert, told Science magazine on Sunday before heading to the White House that the typical routine is for the task force to “sit down for an hour and a half, go over all the issues on the agenda” before providing an update to the president.

“Then we proceed from there to an ante room right in front of the Oval Office to talk about what are going to be the messages,” Dr. Fauci told Science. “What are the kind of things we're going to want to emphasize?”

The task force then presents its consensus to Trump and “somebody writes a speech,” Dr. Fauci explained.

“Then he gets up and ad libs on his speech. And then we're up there to try and answer questions,” Dr. Fauci said.

The briefings have emerged as must-see television for a variety of reasons, but have also become polarizing in recent days. The president and members of the task force often provide critical updates on the pandemic and offer transparency that media sought prior to the pandemic. But Trump has also sparred with reporters and been accused by critics of spreading misinformation. 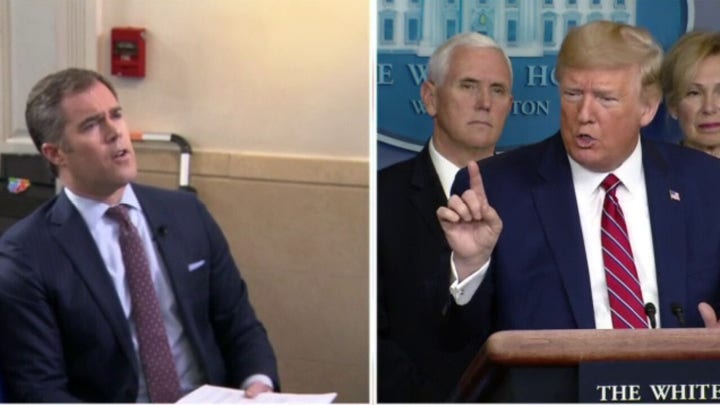 “Well, I don't disagree in the substance. It is expressed in a way that I would not express it, because it could lead to some misunderstanding about what the facts are about a given subject,” Dr. Fauci told the magazine, noting that he once realized the president’s timeline for when China learned about coronavirus was a tad off.

“I told the appropriate people,” he said. “The next time they sit down with him and talk about what he’s going to say, they will say, by the way, Mr. President, be careful about this and don't say that. But I can't jump in front of the microphone and push him down. OK, he said it. Let's try and get it corrected for the next time.”

One of the briefings was mocked because the members of the task force shook hands while stressing the importance of social distancing. Dr. Fauci admitted they shouldn’t have done that but stressed Vice President Mike Pence’s behind-the-scenes social distancing efforts.

“The vice president is really pushing for physical separation of the task force. He keeps people out of the room -- as soon as the room gets like more than 10 people or so, it’s: ‘Out, everybody else out, go to a different room,’” Dr. Fauci told the magazine.

“So with regard to the task force, the vice president is really a bear in making sure that we don't crowd 30 people into the Situation Room, which is always crowded. So he's definitely adhering to that,” Dr. Fauci said.

Dr. Fauci said he has pushed for a “virtual press conference,” as opposed to in-person gatherings, to avoid jamming multiple people on the stage in the briefings room and forcing reporters to gather in large groups.

“Thus far, no. But when you're dealing with the White House, sometimes you have to say things 1,2,3,4 times, and then it happens. So I'm going to keep pushing,” he told the magazine. “I’m trying my best. I cannot do the impossible.”

Fauci, who declined to comment on whether or not he was criticized for his viral reaction to Trump jokingly referring to the “deep State Department,” had to end his interview with Science magazine after receiving a text message that he was needed at the White House.