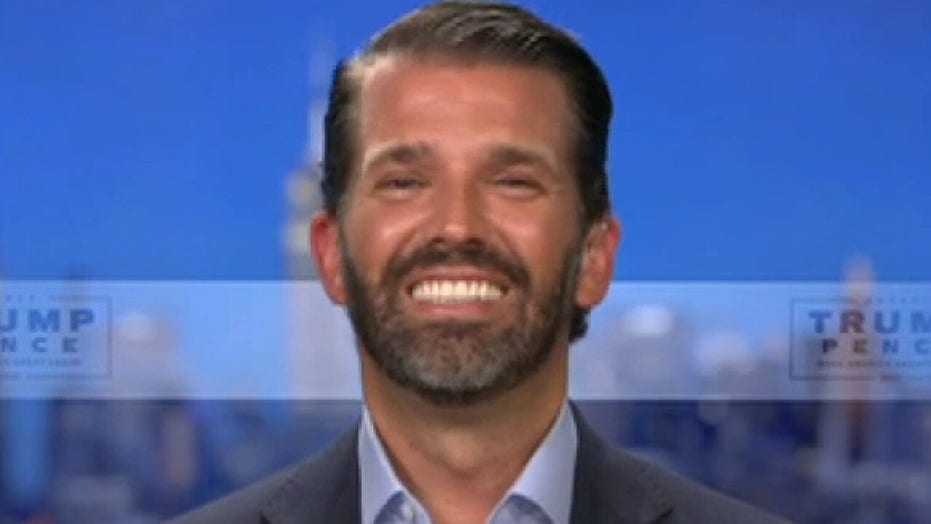 Donald Trump Jr. appeared on "Watters' World" Saturday where he commented on Big Tech, calling them out for allegedly censoring him and other conservatives.

"Twitter did not have a problem with the Chinese government literally spreading coronavirus disinformation. There’s an article in The Hill, where they so know the Chinese government [was] spreading coronavirus disinformation, which, by the way, probably costs millions of people their lives over the course of the world, right? That does not violate their rules," Trump said. "The Ayatollah [Ali] Khamenei talking about death to Israel and genocide, that doesn’t violate their rule."

House lawmakers on Wednesday grilled the heads of some of the world's largest tech companies -- with Democrats questioning whether the companies violated U.S. antitrust laws and stole from competitors, while Republicans slammed them over alleged censorship and bias against conservatives.

Trump also took issue with his treatment and the treatment of his father, President Trump, by social media outlets, in particular his comments on coronavirus treatments.

"Me saying maybe you should hear from a couple of doctors who have a disagreement on this that are actually treating patients in the field," Trump Jr. said. "My father retweeting a meme, you know that’s enough to get us thrown off of these platforms and that’s the problem. Big Tech is activist liberal."