"You look at the economic situation and say, 'How can an incumbent win in that?' But, you know, no one's blaming Trump for the damage," Plouffe explained. " ... I think if you can lay his crisis response at his feet and connect that to the economy, I do think that's some headwind he's got to run into."

"But," Plouffe continued, "almost no matter what happens, [the question is] can Donald Trump win Wisconsin? Can he win Michigan? Can he win Pennsylvania? Can he win Florida?' Sure, because his base is so solid. And I think he's going to turn out voters almost at a historical level on his behalf, so that makes him very dangerous if you're Joe Biden."

As normal campaigning has ground to a halt due to the pandemic, Biden has been virtually out of the spotlight, which Plouffe said puts him at a disadvantage as President Trump remains on the front lines of the crisis.

"I think he's going to turn out voters almost at a historical level on his behalf, so that makes him very dangerous if you're Joe Biden."

"There's nothing he [Biden] can do about it. He's not in office. He's not a governor. He's not the president. And truthfully, [New York Govornor] Andrew Cuomo, [California Govornor] Gavin Newsom ... Donald Trump, citizens want to hear from those folks because they're the folks making decisions."

"So," Plouffe said, "all Biden can do is leverage interviews ... leverage social media every day ... to communicate how you would handle this crisis." 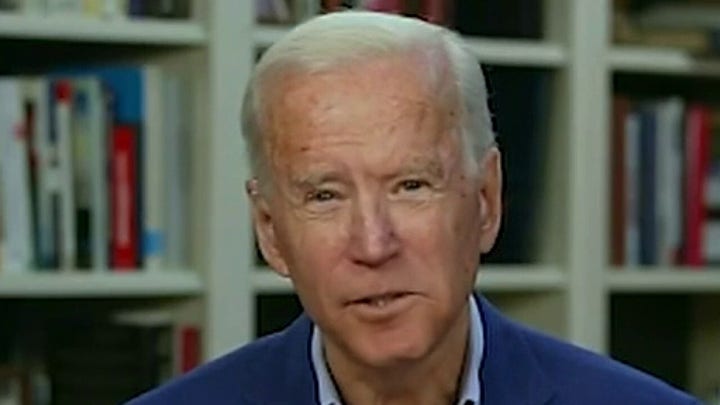 Whoever wins in November, Plouffe said the next four years would be defined by "the economic ebb" that continues after the pandemic.

"Whether it's Trump who gets reelected or Biden in his first term, [it] is going to be defined ... by ... digging [us] out of a really deep economic hole."

Looking ahead to this summer's nominating conventions, Plouffe floated the possibility of holding them virtually in the event that social distancing guidelines remain in place through the summer months.

"I think both the Republican Party and the Democratic Party have to do scenario planning here. One is a traditional convention in person ... the other is a virtual convention."

"The same thing's gonna be true for the election," he warned. "You have to prepare to run an election in the fall that may be all mail-in. Will we have presidential debates? We can have them in a studio."