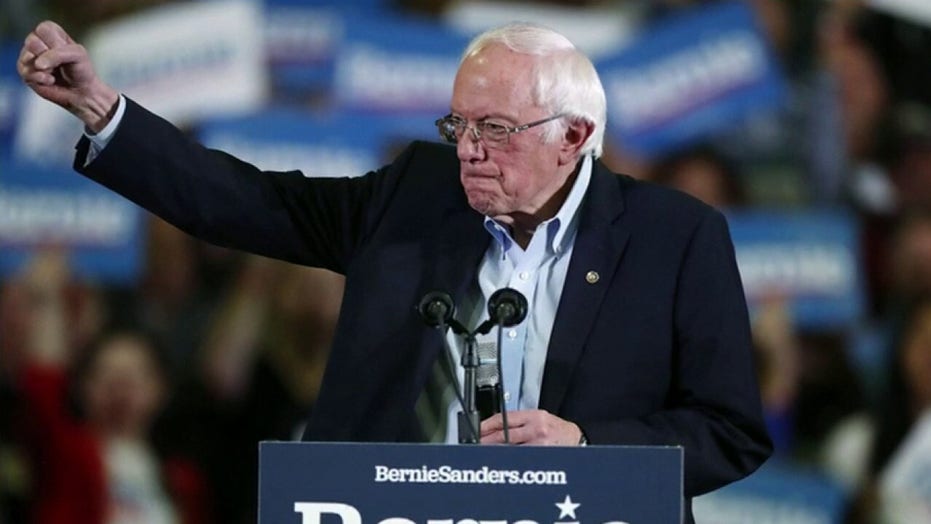 Sen. Bernie Sanders seeks to 'exert significant influence' over the Democratic Party platform; reaction and analysis on 'The Five.'

Greg Gutfeld and Dana Perino reacted Wednesday on "The Five" to the announcement by Sen. Bernie Sanders, I-Vt., that he will suspend his presidential campaign but keep his name on the ballot in upcoming Democratic presidential primary contests in the hope of amassing more delegates.

"I'm not impressed, OK?" Perino said. "I'm not impressed with how he handled it because he's already pulled the party so far to the left that they had to reject him at the ballot box in the latter half of those primaries ...

"And I think the Democrats would take a look at this and say, 'Just remember, Bernie Sanders was never actually a Democrat.' He had hijacked the party. And now he wants to do even more damage. He wants to keep getting more delegates so he can go to the convention and pull [former Vice President] Joe Biden even further to the left, almost guaranteeing that he can't possibly win against President Trump."

"I think that if I were the Biden people I'd say, 'Thanks, but no thanks,'" Perino added.

Sanders acknowledged Wednesday that the former vice president would be the Democratic nominee but also made it clear the he wanted to have influence over the party's platform.

“We must continue working to assemble as many delegates as possible at the Democratic convention where we will be able to exert significant influence over the party platform and other functions," he said.

Cohost Gutfeld said he felt "bad" for Sanders and took shots at Biden before theorizing what a Biden presidency would mean.

"I actually feel bad for Bernie, because even though I believe he was wrong on nearly every prescription he had for society ... he was a better candidate than Joe," Gutfeld said. "He's all there. I mean, I feel bad for the Democrats because ... who do they trust?

"They get screwed so many times. And now they're forced to support a guy who gets lost doing a crossword puzzle. I think that I go back to my theory that Joe is really just a seat filler for the real presidential candidate, which is [his] VP [running mate]."