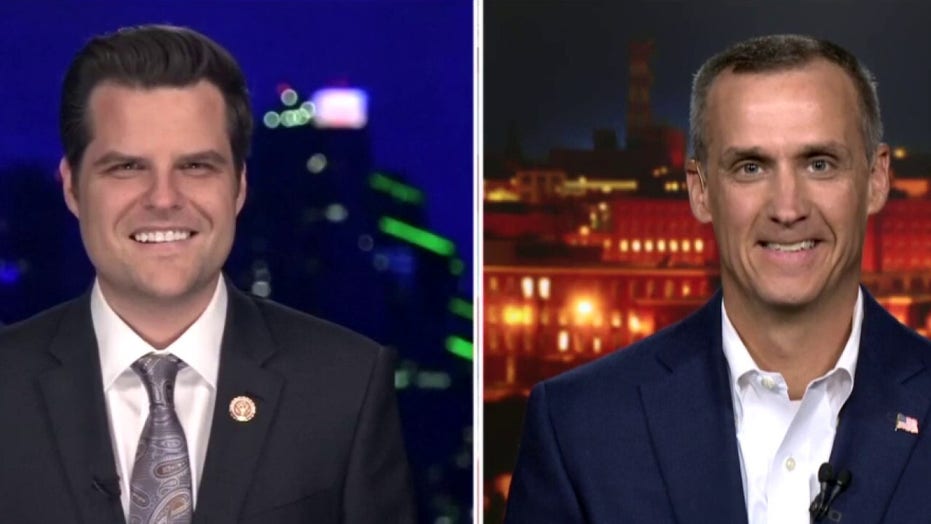 "This is clearly insanity at its best. I mean, look, he's falling into the realm of crazy," Lewandowski told host Jesse Watters. "Look, Jesse, this guy should have been taken Xanax, not Viagra, while he was in the White House. This is unbelievable that he's talking about this stuff."

The former president claims in the documentary, which was released Friday, that his affair with then-White House intern Lewinsky was one of the things he did to “manage my anxieties.”

“Everybody's life has pressures and disappointments, terrors, fears of whatever,” Bill Clinton says. “Things I did to manage my anxieties for years."

Hillary Clinton also reacts to finding out about the affair in the documentary.

Gaetz questioned why the Clintons continue to live their private life in the public.

"I just don't know why the Clintons are doing this," he said. "Maybe it's just the millennial in me. But if people are going to be talking about their deep regrets and who they want to throw shade at and their strange sexual encounters on television, I just prefer it to be the Kardashians."

"This is like a 'boomer' version of that with the Clintons," Gaetz added. "So I don't know why they feel the need to go and like relive their worst experiences and their strangest grievances."