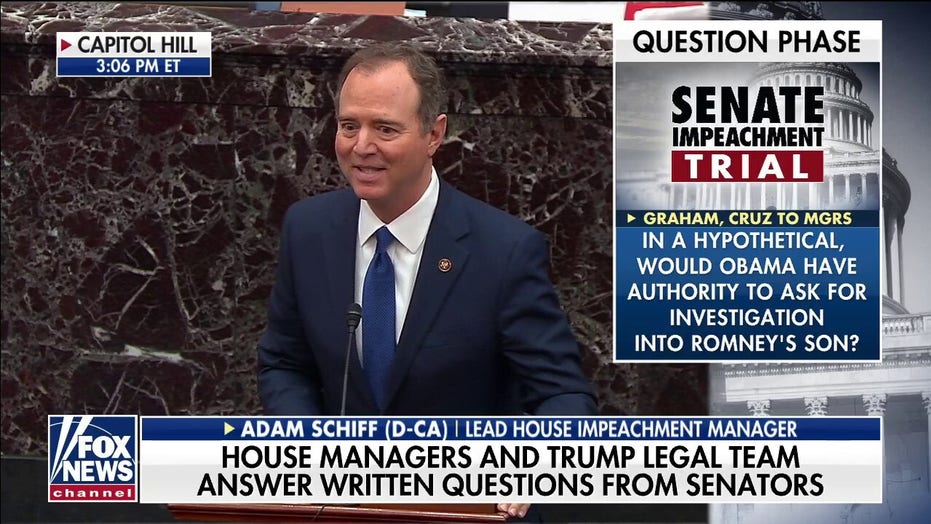 Playboy White House correspondent and CNN political analyst Brian Karem was slammed for his line of questioning to Republican senators amid the impeachment trial of President Trump.

Karem, who is known for his clashes a White House, uploaded videos asking multiple GOP lawmakers, "What do you say to the criticism that you have all abandoned independence to be a shill for the president?"

He knocked Sen. Ted Cruz, R-Texas., for "refusing" to answer his question as he walked away from the pool of reporters.

Shortly after, he was able to ask another group of lawmakers, including Sen. Tim Scott, R-S.C., a similar line of questioning: "What do you say to the critics who say that the Republicans have abandoned any pretense of being independent jurists and are merely really shilling for the president?'"

"Hogwash is what I would say," Scott responded. "At the end of the day, I think we're being as objective as either side. Bottom line is no one walked into the hearing without having heard was brought from the House when we've had 192 video clips of witnesses testifying in the House, so we're either having our opinions reinforced or we're rejecting those opinions and asking questions based on the premise brought from the House."

Karem then battled Scott over whether or not the House subpoenaed former National Security Adviser John Bolton, which the CNN analyst conceded that House Democrats failed to subpoena the top Trump aide.

"But you don't want to hear from him in a trial?" Karem attempted to ask.

The liberal journalist was panned on social media for his "activism."

"Also he didn’t refuse to do anything he was walking away when you shouted your ridiculous question," chief strategist for Sen. Rand Paul Doug Stafford added about Sen. Cruz.

"So proud of you," conservative commentator Stephen Miller quipped.