A CNN panel was quick to defend former President Bill Clinton Tuesday night after a Republican commentator asked how he had not been "canceled" in the #MeToo era.

Ahead of Clinton's appearance on the second night of the Democratic National Convention, the former president was showered with praise by CNN commentators Van Jones and Jennifer Granholm. However, their colleague Scott Jennings, a former George W. Bush White House official, was puzzled that the Democrats continue to give Clinton a platform.

"I have to say... I am dumbfounded by this. How is it that Bill Clinton has not been canceled by the Democratic -- how has he survived all of these waves of cancellations when he has been one of the biggest violators of these rules all these years?" Jennings asked. 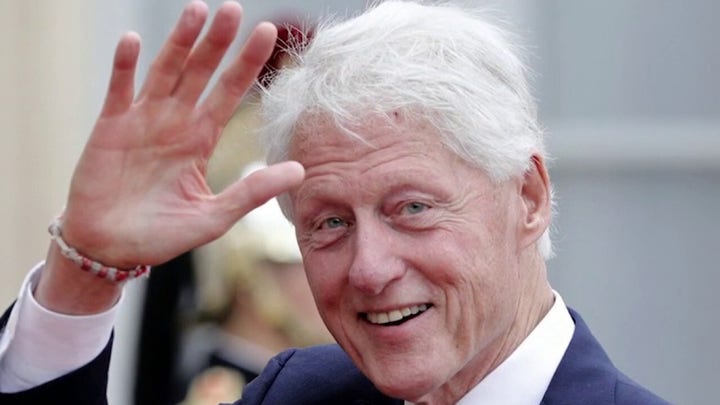 "We talk about the use of character to try and say 'Donald Trump is a man of lower character than Joe Biden' ... he's fair game. That's totally fine," Jennings continued. "So you're gonna say that in one breath and then say, 'Character matters. Ladies and gentlemen, Bill Clinton!'

"I mean, does this make sense to anyone?" Jennings went on. "If you want Republicans to vote for Joe Biden, having Bill Clinton talk about character and not hav[ing] drama in the Oval Office- is that the right answer?"

BRIT HUME: #METOO MOVEMENT IS 'GOING TO BE SUSPENDED' SO CLINTON CAN SPEAK AT DNC

Jones told Jennings that what he "admires" about Clinton is that he "acknowledged his wrongdoing" and "apologized," adding that apologies "don't come as easy" from the Trump White House.

"I don't think we have to say that everything that Bill Clinton has done is great, but I do think that when he has made mistakes, he's acknowledged them and I admire him for that," Jones said before anchor Anderson Cooper quickly changed the subject.

The legacy of Clinton's presidency was marred by his extramarital affair with then-White House intern Monica Lewinsky, which started a chain of events that led to his impeachment.

The 42nd president has also been accused of sexual misconduct and assault and has been facing intense scruitiny in recent weeks over his ties to deceased pedophile Jeffrey Epstein.

Last month, Clinton was implicated in Epstein documents which revealed that one of Epstein's victims saw Clinton on the sexual predator's private island, which Clinton denies.