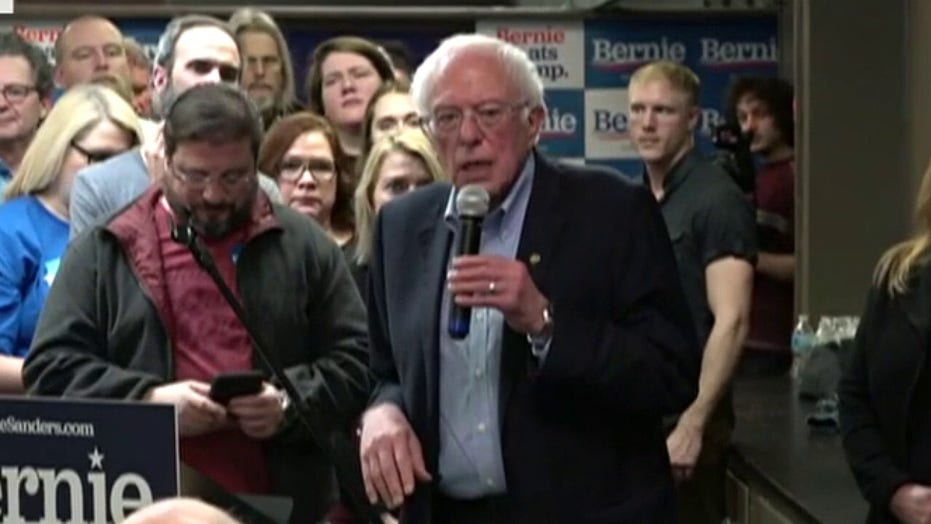 Candidate make final push ahead of caucuses; reaction and analysis on 'The Five.'

CNN anchor Jake Tapper had an awkward exchange at the Iowa caucuses with a small group of Biden supporters Monday who were deemed "unviable" to earn any delegate support in that precinct.

With the first Democratic primary in the nation underway, only the candidates with at least 15 percent of support in each precinct earn delegates that could lead to the party's nomination. Candidates who don't meet the threshold are then fought over by the stronger candidates in order to broaden their support.

Scouting each of the groups at the precinct, which need at least 56 supporters in order to be "viable" for delegates, Tapper spotted a scarce gathering of Biden backers.

"This does not look like 56 people," Tapper said as he walked towards the Biden group. "You look like lovely, wonderful people, but it doesn't look like you've made the viability threshold."

"Not yet," one hopeful Biden supporter replied. "There's time."

"There's time... this year?" the CNN anchor asked. "I'm not trying to be funny, but what are you going to do?"

Another Biden backer told Tapper that they were planning on "standing strong" with their first choice and insisted that other attendees whose candidates were also unviable would join them since Biden is a popular "second choice."

"So you think there's still a possibility that they will come here?" Tapper asked about supporters of Sen. Amy Klobuchar, D-Minn., and Andrew Yang, who also appear not to have enough support at the precinct.

"Yep," the other Biden backer said.

"So, hope springs eternal," Tapper said to the camera as he walked away from the Biden group.