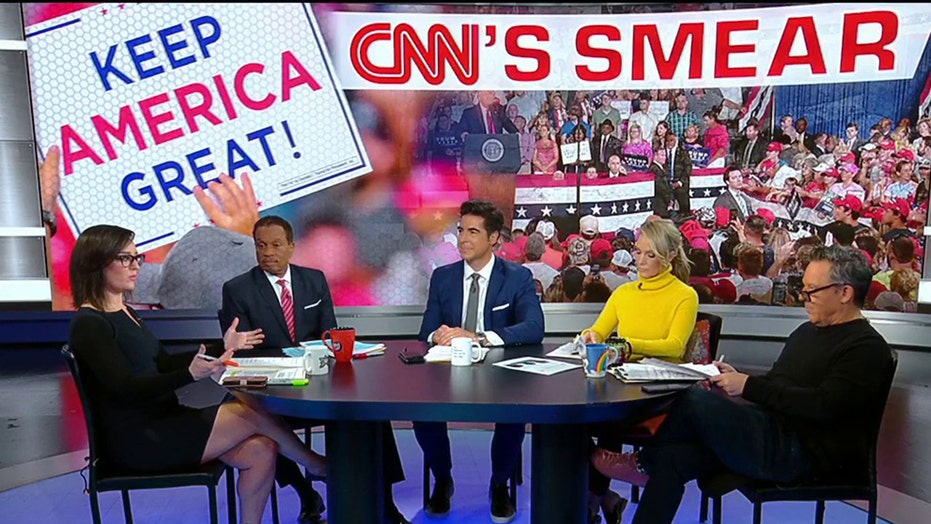 On Tuesday night, Lemon briefly commented on the viral panel discussion that sparked an uproar after Trump supporters were described as illiterate "credulous boomer rubes," but stressed that he was only laughing at the joke and not at "any group of people."

"This is personally important for me to address this, OK? Ask anyone who knows me, they'll tell you -- I don't believe in belittling people, belittling anyone for who they are, what they believe, or where they're from," Lemon said towards the top of his show. "During an interview on Saturday night, one of my guests said something that made me laugh. And while in the moment, I found that joke humorous. And I didn't catch everything that was said. Just to make this perfectly clear, I was laughing at the joke and not at any group of people."

It is unclear what specific joke Lemon was referring to.

Several critics questioned the logic of Lemon's remarks, specifically when he claimed he was only laughing at the "joke."

"Wow. Just watched @donlemon, expecting an apology for the outrageous mockery he & his guests directed toward millions of voters. Instead, he simply said he was laughing at the joke & not at any people? Well, Don, on behalf of the Deplorables, your non-apology is not accepted!" ex-CNN commentator Steve Cortes blasted his former colleague.

"You guys... Don Lemon clarified that he wasn't laughing at people... he was laughing at the joke... THAT WAS ABOUT THE PEOPLE," political satirist Tim Young reacted.

"Galaxy brain: I was laughing at the joke, but not at the targets of the joke," The Daily Caller reporter Chuck Ross tweeted.

Others piled on the CNN anchor for claiming he didn't hear everything that was said during the discussion.

"Don Lemon repeatedly laughed to the point where his head was on the desk while his two hosts ridiculed Trump voters. He knew EXACTLY what was going on and this is complete garbage, even for CNN," political strategist Caleb Hull exclaimed.

"Telling a preposterous lie to try to cover over obvious bigotry is quite the look. We all saw the clip Don," conservative operative Chris Barron wrote.

However, the video that was shared on Twitter has more viewers than CNN had Saturday night.

During the 10 p.m. hour on Saturday, which was when Lemon had his laughing fit, CNN averaged only 713,000 viewers. As of Wednesday, the clip had roughly 13 million views on Twitter and climbing.