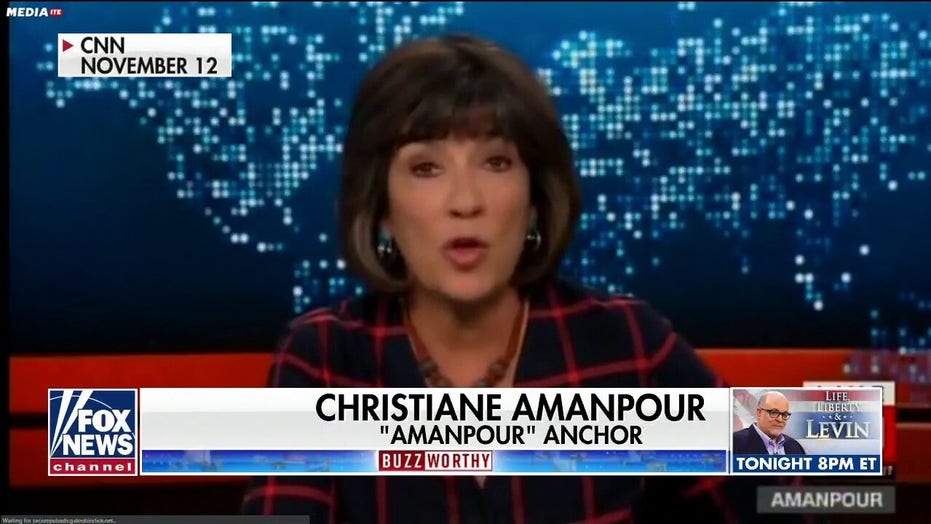 Compares his tenure to Kristallnacht

CNN International anchor Christiane Amanpour regrets comparing a deadly night at the start of the Holocaust to President Trump’s four years in the White House, admitting she “should not have juxtaposed” Hitler’s evils with the president of the United States.

“I observed the 82nd anniversary of Kristallnacht, as I often do -- it is the event that began the horrors of the Holocaust. I also noted President Trump's attacks on history, facts, knowledge, and truth. I should not have juxtaposed the two thoughts,” Amanpour said at the end of her program on Monday.

“Hitler and his evils stand alone, of course, in history. I regret any pain my statement may have caused,” Amanpour continued. “My point was to say how democracy can potentially slip away, and how we must always zealously guard our democratic values.”

Last week, Amanpour was widely condemned for the comparison, with everyone from pundits on Twitter to Israel scolding the liberal anchor for her comment to an international audience.

“This week 82 years ago, Kristallnacht happened. It was the Nazis' warning shot across the bow of our human civilization that led to genocide against a whole identity and, in that tower of burning books, it led to an attack on fact, knowledge, history and proof,” Amanpour said last week. “After four years of a modern-day assault on those same values by Donald Trump, the Biden-Harris team pledges a return to normal.”

Kristallnacht – the "Night of Broken Glass" – is when Nazis, among them many ordinary Germans, terrorized Jews throughout Germany and Austria. They killed at least 91 people and vandalized 7,500 Jewish businesses. They also burned more than 1,400 synagogues, according to Israel's Yad Vashem Holocaust memorial.

Up to 30,000 Jewish men were arrested, many taken to concentration camps such as Dachau or Buchenwald. Kristallnacht is often referred to as the beginning of the Holocaust — in all, six million European Jews were killed in the Holocaust.

"It is something progressives have done for a long time, disgracing the memory of those who have passed in the Holocaust in order to make a false accusation against the United States president," Mandel said. "It seems the only time many people care about anti-Semitism is when they can use it to their political advantage."

Not everyone was satisfied with Amanpour walking back her comments. Conservative strategist Arthur Schwartz called for CNN to apologize.