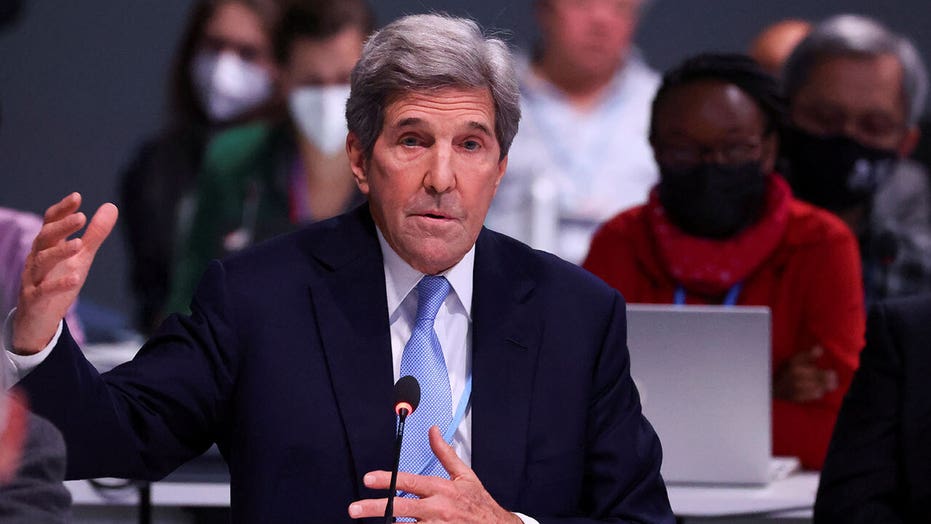 A scathing CBS News report on the international climate summit in Scotland described a "failed" meeting that produced hollow agreements and little progress.

"We're into the final hours of this conference without it having achieved its major objectives," correspondent Mark Phillips said on "CBS Mornings."

The United States, led by climate envoy John Kerry, and China made a joint agreement of greater "ambition" on climate change at the United Nations meeting, and the latter said for the first time it would seek to cut methane, but Phillips said there was "not a lot of meat on the bones" of the U.S.-China deal.

The New York Times described the agreement cut in Glasgow as "short on specifics," noting no timetable was drawn for when China – the world's largest carbon dioxide emitter – would cut emissions, as well as when or how much it would phase out its coal industry.

KERRY CRITICIZED FOR RESPONSE TO QUESTION ABOUT FORCED LABOR IN CHINA

"Apart from that deal, there's been disappointment," Phillips said, adding, "The hope that delegates here would agree [on] concrete plans to cut greenhouse gas emissions and limit global warming to 1.5 degrees Celsius has proved a false one. The latest estimate is that the real cuts promised so far would still allow the earth to heat up to around 2.7 degrees, with all the heat waves, droughts, fires, storms, and floods that would bring."

"This conference failed in another objective as well: to come up with the money promised to developing nations to compensate them for not using fossil fuels and the damage caused by severe weather," he added.

The $100 billion promised to such countries hasn't come through, they claim.

"There's still time for a miracle, of course, a last-minute breakthrough, but I have to say there's very little hint of a miracle in the air here. Just too much carbon dioxide," Phillips said to close the report.

Kerry has been accused of turning a blind eye to Chinese human rights abuses in his eagerness to make a climate deal.

Under their agreement, the U.S. and China would share technology and policy developments in order to lower emissions in accordance with goals set in the 2015 Paris Climate Agreement. But Kerry raised eyebrows when asked by a reporter whether or not he discussed the issue of Chinese forced labor used in developing technologies, like the production of solar panels.

The climate envoy said U.S. concerns regarding forced labor have been "articulated" to Chinese officials, but added, "That’s not my lane here."

The Obama administration hailed the Paris climate accords and liberals assailed the Trump administration for pulling out of it, but analysis found most countries didn't meet their obligations in the non-binding agreement.