The liberal media reacted in outrage when President Biden repeated the phrase "Let’s Go Brandon" remarks during a Christmas Eve phone call and "Candace" host Candace Owens argued the left is only acting out due to lack of control.

"At the end of the day, what I think is happening and the reason why they reacted so viciously is because they’re angry," she told "Tucker Carlson Tonight." "I think there was an element in them that actually believe that after Trump was gone, they would regain control of the narrative. They could pretend that people felt a certain way and that the world would just believe them."

But Owens explained this is not the case with Americans under a Biden presidency and a chant like "Let’s Go Brandon" isn’t so much a slur as it is an agreed-upon repulsion against the media and the president.

"No matter what they say about Joe Biden, America is rejecting this presidency," she said. "And America is altogether rejecting that left stream media which continually and routinely lies about the American people." 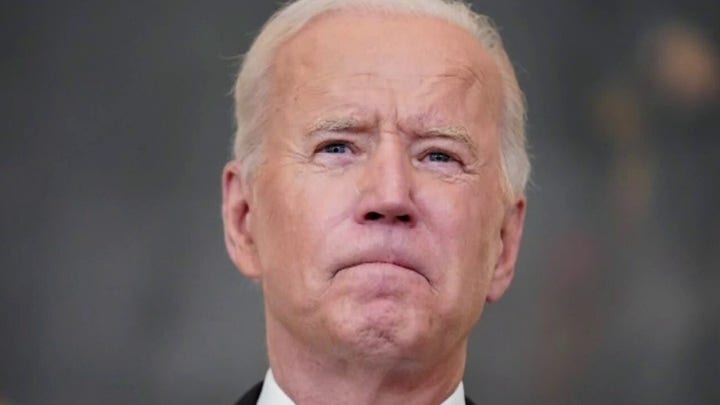 The Blexit founder questioned why the media has been so dishonest and who exactly they’re lying for when the nation agrees Biden is an inadequate commander in chief. Owens called out First Lady Jill Biden for even allowing her husband to make a public appearance where he could make such a mistake as reciting a remark aimed against him.

"When they sat down and they decided to run as a family… he understood what he was doing, he knows what his mental state is and when he has moments of clarity, he knows that this is a farce of a presidency," she went on. "So I grant him no exceptions and no excuses."