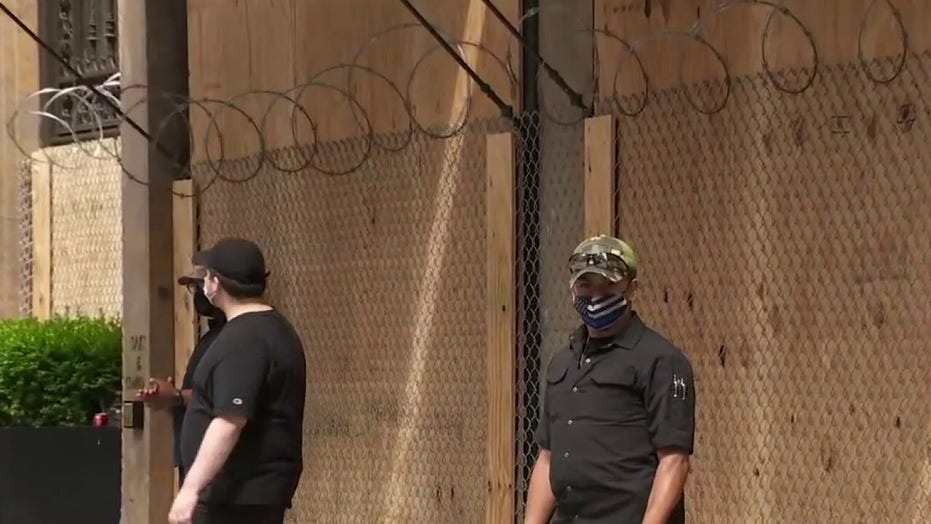 Preparations underway ahead of another night of protests; Laura Ingle reports.

The Washington Examiner severed ties with intern Fiona Moriarty-McLaughlin, the woman who went viral for stopping a man from boarding up a store in Santa Monica to pose with his power drill.

Moriarty-McLaughlin was supposed to work for the Washington Examiner as a summer intern, but the arrangement has been canceled after the situation was slammed as “disgusting” in the wake of the Black Lives Matter protests, which have continued across the country.

The reason for canceling her summer internship was not made clear.

The College Fix is a student free press association that helps young journalists seek careers in the industry.

Moriarty-McLaughlin was seen in the short clip as holding a power drill and posing in front of a boarded-up store, appearing as if she was helping. The woman then hands the man back his drill and thanks him profusely before she gets into a Mercedes and drives off.

She reportedly deleted her Twitter and changed her Instagram to private and has not addressed the situation publicly.

Singer Pink was among the celebrities who slammed the video, writing, “What is wrong with these entitled a--h---s?! Who the f--- are you and who are your parents you horrible person. How can anyone defend this???!!!”