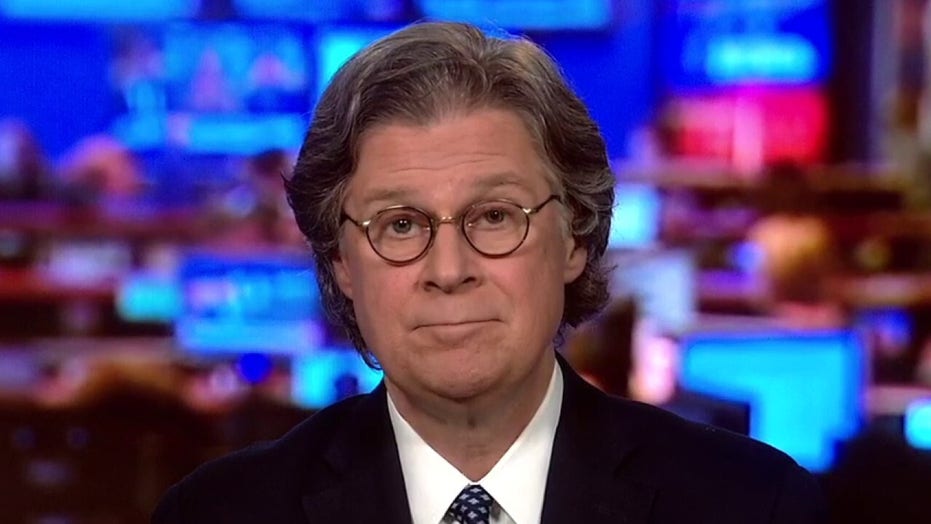 York: Interesting to see a calm Trump, very different than his arena persona

Byron York, chief political correspondent for the Washington Examiner, reacted on "The Story with Martha MacCallum" to President Trump's Fox News Town Hall, and said the president came across "relaxed."

"Here he was much more relaxed. And it was interesting to see him defend his administration, certainly on coronavirus and on a number of other issues, said some really interesting things about Obamacare," York told MacCallum." "[Trump] said that he had basically inherited the carcass of Obamacare and would like to kill it altogether if Republicans could somehow come up with something better, which they haven't been able to do."

"A lot of the political world, not just the Trump campaign, just felt that Biden was kind of left for dead and he just came roaring back to life," York said. "And I think you're going to see on Capitol Hill, especially in the Senate, where Republicans control the Senate. You're going to see some investigating into Hunter Biden, into Burisma, you've already seen Senator Johnson get that started."

"You're going to see a lot more of it," York added. "Whether it will result in anything, I don't know. But they're certainly going to try to keep that in the news."

The Fox News contributor also reacted to the president answering questions about the wall on the Southern border with Mexico.

"Most of it, by the way, is putting new wall in place of dilapidated old fencing that could easily be gotten over. So it's replacing virtually no, no barrier with a real barrier, "York said. "So that's progress. But the president has to talk about that because this was one of his biggest campaign promises in 2016."