Former Tuscon police officer weighs in on recent spike in crime nationwide and his commitment to faith.

Rising crime has put the nation under siege and former Tuscon, Ariz. police officer Brandon Tatum dished to Fox News Digital how some policies are desperate for reexamining.

Following the attack in Waukesha, Wisconsin, where repeat offender Darrell Brooks Jr. plowed into Christmas parade attendees, bail reform has been a front-and-center concern in managing crime. Tatum agreed that bail reform has potential, but only if done right.

"I think bail reform, if done with the right mindset or in good faith, could be a good idea because then you can look at it in a more thorough sense," he said. "But the way they're doing it is off of social justice correctness. These people should not be out. You don't rehabilitate a deranged criminal by letting them out."

During his appearance at Turning Point USA’s AmericaFest, Tatum positioned that criminal rehabilitation should be done in the home at a young age. For violent criminals with a thick record like Brooks Jr., letting him out with a pat on the back "is not the solution."

"He needs to be in jail so he don't kill people like that," he said. "So I think in good faith, maybe people can reimagine what reform is when it comes to bail reform. How much bond should you give a person in a reasonable sense based on the crime that they've committed? But to do it for social correctness or social justice... is the wrong way to go about doing it. That's why we see a huge fallout when it's applied."

Tatum pointed fingers at officials in liberal cities for the frequent cropping up of smash and grab robberies, and questioned why criminals wouldn’t commit these crimes when they’re only rewarded for committing them.

"Why would you not smash and grab?" he asked. "Why would you not go into Neiman Marcus or Louis Vuitton and get a $3,000 bag for free and then sell it and make 100% profit not paying taxes? And then if you get caught, they let you out."

The former cop offered that the solution to calming the trend is an adequate amount of law enforcement, enhanced rhetoric and tougher policies on bail.

Meanwhile, in New York City, outgoing Mayor Bill de Blasio has established safe spaces for drug addicts to use illegal substances without repercussions, and Tatum explained that this will only attract more crime to the area.

"There's no such thing as safe drug use," he continued. "When the drugs are injected into your body… you are dying a slow death… And to, I guess, coddle people and give them a way to professionally use drugs on taxpayer dollars, I think it's a very bad precedent that they're setting." 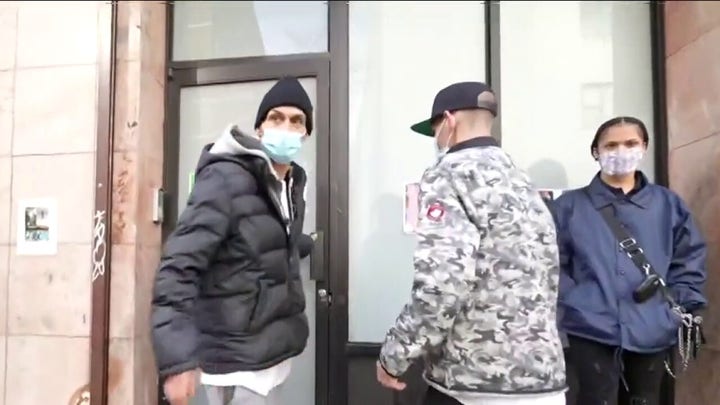 Tatum considered that this kind of destructive action could create a "crescendo effect" in other cities, increasing crime and putting people in danger while liberal officials are only searching for more power.

"These people are idiots," he said. "And I don't think that they are even acting in good faith. They want to do what tickles the emotions of people to get a vote. They don't care about these people that are using these drugs. They want a vote."

While an active member of the police force, Tatum said he never experienced any sort of racism. Despite how the push to defund the police has grown into a massive movement, he considered racism in law enforcement to be "a big lie."

"I've never met a racist police officer," he said. "It is difficult to be a racist as a police officer. I don't care what race you are… If you hate people, you're in trouble."