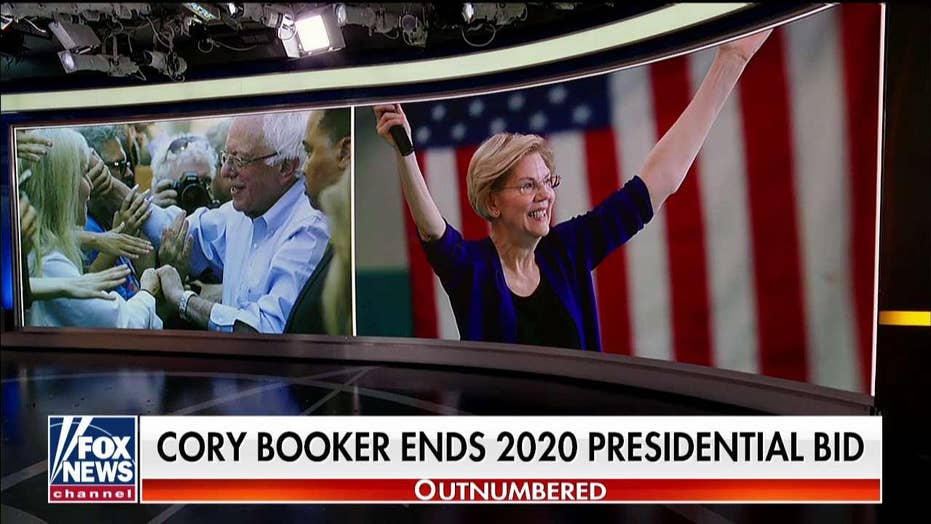 Sanders vs Warren: The feud heats up

An old video clip surfaced on social media on Monday showing Sen. Bernie Sanders, I-Vt, claiming that a woman "could be elected president" hours before Sen. Elizabeth Warren, D-Mass, affirmed the reported claim that he had told her the opposite.

CNN reported on Monday that according to multiple sources close to Warren and familiar with the encounter, Sanders had told the Massachusetts Democrat during a December 2018 meeting prior to either of them launching their presidential bids and after learning that she was running, Sanders "responded that he did not believe a woman could win."

Since that report was published, a Twitter user shared a clip from 1988 of Sanders, who at the time was expressing his support for Jesse Jackson's presidential campaign.

On Monday evening, however, Warren released a statement regarding her 2018 meeting with Sanders, confirming the claim against him after initially declining to comment on CNN's report.

Sanders offered a strong denial against the claim that was made about him.

Supporters and surrogates of Sanders have also been circulating a report from The New York Times about the same meeting that was published around the time it happened, citing unnamed officials who told the paper that neither Sanders nor Warren "sought support from the other or tried to dissuade the other from running."

Others slammed CNN for running the report without anyone alleging the claims going on record.

This "reporting" + self promotion @CNN is reprehensible. @BernieSanders has categorically denied saying this. So, you @mj_lee should name your sources publicly, retract the story, or change the lede. You do not know what was said. You weren't there + have no recording. #bias," former MSNBC anchor David Shuster reacted.

"This is a case in which journalists should demand people go on record or otherwise not run the story. Four sources, none in the room, all anonymous (and I'm willing to wager, all with a certain political motivation)," Daily Caller editor in chief Geoffrey Ingersoll wrote.

"None of the sources were in the meeting. How can CNN publish this?" The Young Turks' Emma Vigeland asked.