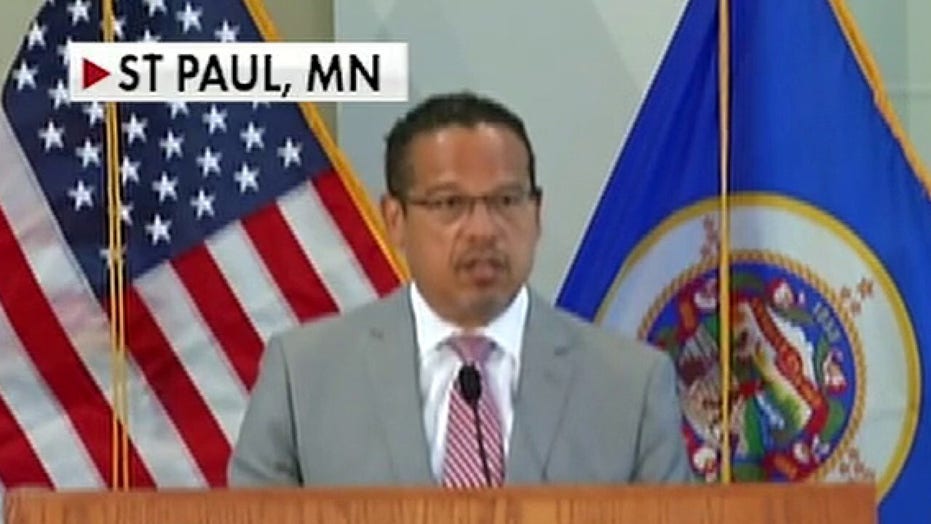 Ben Shapiro on Wednesday cautioned Minnesota Attorney General Keith Ellison that "it is very risky to overcharge" in the case involving four officers facing charges after the death of Minneapolis man George Floyd in police custody May 25.

Ellison's office announced Wednesday that Derek Chauvin, the Minneapolis officer who knelt on Floyd’s neck for more than eight minutes, now faces an upgraded charge of second-degree murder and arrest warrants have been issued for the three other officers who were at the scene last week.

However, Shapiro expressed concerns about the escalation in the criminal charges against the police officers.

"Charges are legal descriptions of criminal activity, not a signifier of how seriously you take a crime," Shapiro tweeted. "It is very risky to overcharge; overcharging often ends in acquittal. Ellison better be charging crimes he knows he can prove."

He continued: "Looking at the legal descriptions of third-degree and second-degree, elevation of the Floyd killing to second-degree is quite risky. It requires proving intent to kill, rather than depraved indifference to human life. That's a heavy legal burden."

If convicted on both counts, the officers each face a maximum sentence of 50 years in prison and a fine of up to $20,000. Ellison said that with the upgraded charges, all four officers faced the same potential maximum sentence.

Chauvin was arrested Friday. The three other officers were in custody by Wednesday night. A day after Floyd died in police custody, all four officers had been fired from the Minneapolis Police Department.