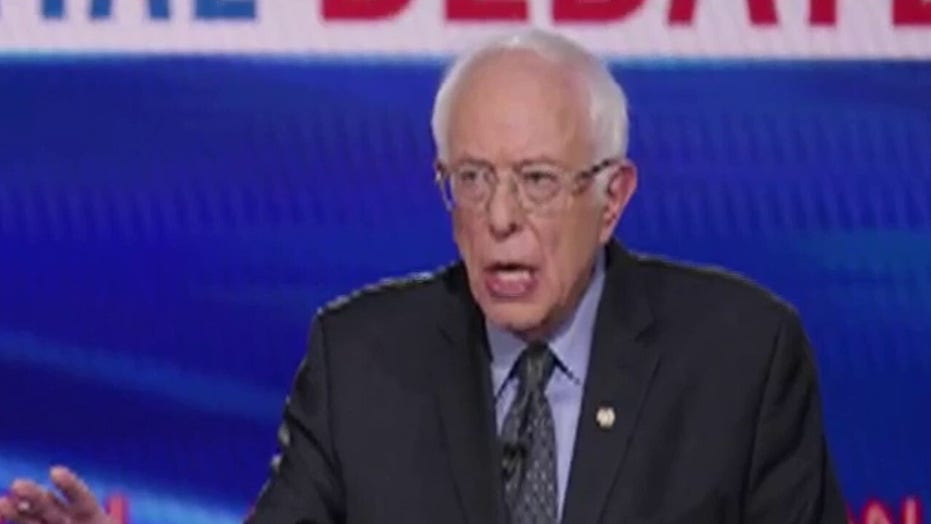 Reaction and analysis from author and columnist Mark Steyn.

A report from Axios this week falsely claimed that Sen. Bernie Sanders, I-Vt., had suspended his campaign after another round of disappointing primary election results, later prompting its editor in chief to issue an apology after the story sparked mass confusion.

On Tuesday, Sanders was handily defeated by former Vice President Joe Biden in Florida, Illinois, and Arizona primaries, making the senator's path to clinch a nomination tougher due to his weakened delegate count.

The Sanders campaign later issued a statement that it was "assessing" its campaign in the weeks ahead. At the time, Axios initially reported that the progressive candidate was ready to throw in the towel.

The headline -- "Bernie Sanders to suspend presidential campaign" -- was quickly shared on social media. Members of the Sanders campaign quickly responded to the reporting, saying it was "absolutely false."

What sparked even more confusion was a report from Axios on Wednesday morning that the Sanders campaign had halted its Facebook ads, using the headline "Bernie Sanders suspends his 2020 campaign Facebook ads." Some questioned if that headline was simply misread as a total campaign suspension.

However, a delayed correction made clear that Axios had made an error.

"An earlier story inaccurately reported that Sanders was suspending his campaign. The correct story is below. Axios deeply regrets the error," an editor's note said.

"Our incorrect report on the Sanders campaign was a big error and we apologize," Johnston said Wednesday. "We know the trust of our readers is our most important asset. This is not an excuse but the reality: our process for full approval in a fully remote newsroom broke down. That has been fixed and we are prominently correcting, and taking responsibility, for the error."