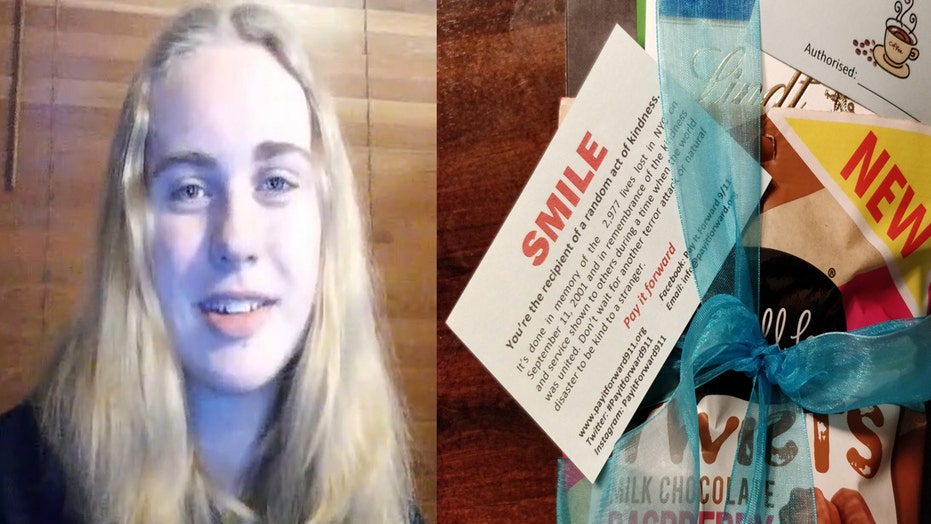 Australian teenager Rebecca Wilson is celebrating her 16th birthday by ‘paying it forward’ and organizing care packages for coronavirus first responders in Sydney.

September 11 is Australian teenager Rebecca Wilson’s 16th birthday, but she’s not celebrating in typical “Sweet 16” fashion. Instead, she decided to give back to her local community in honor of Pay it Forward 9/11, an organization that encourages people to do three good deeds for strangers on the anniversary of the September 11th attacks on America.

“The events of 9/11 don’t get talked about anywhere near as much here as it obviously does over there in America,” said Rebecca. “So I think it’s important to remind people that, yes, it happened, and there are good things we can bring out of the memory of it.”

This year, Rebecca and her family are “paying it forward” by organizing care packages in Sydney for coronavirus testing staff at a mobile testing clinic. The teen first became involved with Pay it Forward 9/11 after she visited Ground Zero and the 9/11 Memorial Museum in New York City three years ago. She left a heartfelt message in a special visitors diary at one of the museum's exhibitions, and that’s when Kevin Tuerff, the founder and president of Pay it Forward 9/11, asked her to help with his organization’s mission. Rebecca’s father, Adam Wilson, explained how proud he is to see his daughter helping others.

“Rather than being sad, Rebecca now instead celebrates each year the fact that she was born on this significant date,” said Adam Wilson. “Although we are halfway across the world from New York City in Sydney, Australia, we can still play our part in doing random acts of kindness to strangers while encouraging others to do the same.”

Last year, Rebecca and her family delivered care packages to her grandmother’s retirement village. Adam Wilson told Fox News that his 88-year-old mother helped with the package delivery and was inspired to “pay it forward” in her own way by leaving a package under a car's door handle when the driver offered to return her shopping trolley for her.

Tuerff told Fox News that he hopes others will follow Rebecca and her family’s lead by doing random acts of kindness for Pay it Forward 9/11.

"Living in another national crisis with the pandemic, we might have many reasons to forget about the lives lost on 9/11 and how we came together showing compassion for those who were suffering,” said Tuerff. “Along comes a teenager in Sydney, Australia, to remind us of our common humanity.”

For more on Pay it Forward 9/11 watch Rebecca Wilson’s full interview above.