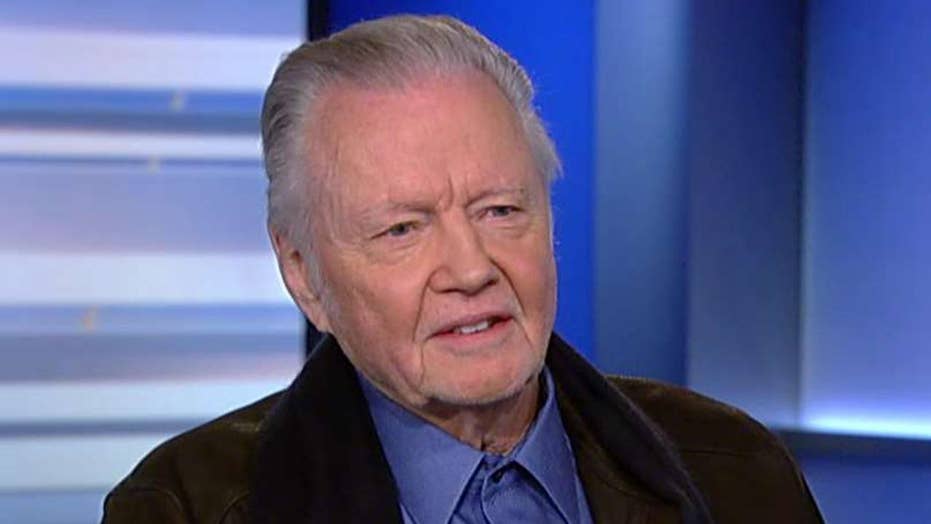 Actor Jon Voight sits down with Raymond Arroyo and talks about receiving National Medal of Arts.

"It's a lie," Voight said of the impeachment inquiry Monday on "The Ingraham Angle." "It's the culmination of a commitment to take down this president."

TRUMP HONORS JON VOIGHT AND OTHERS

Schiff commented on the Democrats' impeachment push Sunday on CNN's "State of the Union," and said despite an "ironclad" case against the president, he couldn't say if his party will impeach Trump or not.

Voight told interviewer Raymond Arroyo that the inquiry was a way of "exposing the truth," saying Democrats are acting in "bad behavior"

"That's who the Democratic Party is and they're getting a view of it," Voight added.

President Trump honored Voight last week with the National Medal of the Arts.

Voight starred in dozens of feature films since the late 1960s, when he rose to prominence for his Oscar-nominated role in “Midnight Cowboy.” 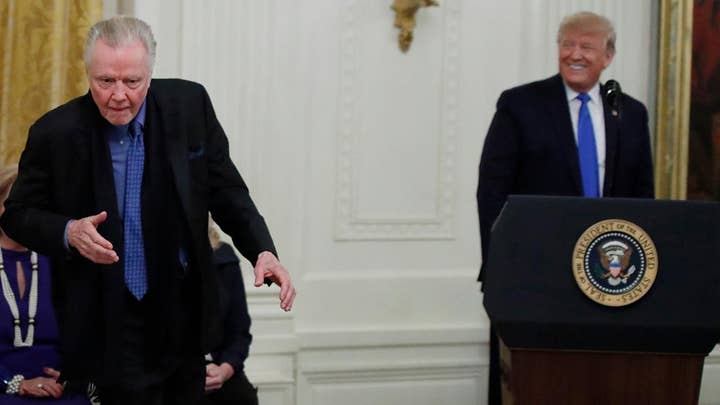 "I've been there," Voight said, referencing his liberal beliefs in the 1960s. "So when I hear them, those two you mention and others I know in this lifetime, perhaps they'll come to an understanding that it's wrong."