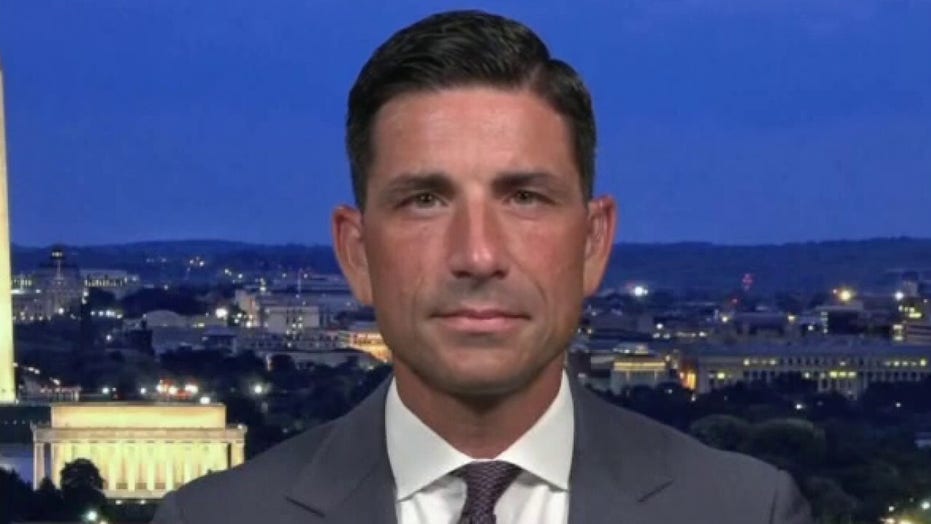 Acting Department of Homeland Security Secretary Chad Wolf appeared on "Justice with Judge Jeanine" Saturday to discuss the latest in Portland after the Oregon State Police took over guarding the federal courthouse.

"What we've been asking for is both the city and the state to do their job for over 60 days. And again, what we see is we've had over 245 different injuries to law enforcement officers that could have been prevented had they done their job like every other responsible city in the country has done," Wolf told host Jeanine Pirro. "When they partner with federal, state and local law enforcement partners, they can get the job done. We see it happening in Portland over the last two nights. Oregon State Police have come in and Portland police have come in as well. And we see that the violence is dropping."

The Oregon State Police Thursday took over the duties of guarding the federal courthouse in Portland that has become a flashpoint during two months of protests that have regularly turned violent.

Portland protests were mostly peaceful Friday night as over a thousand demonstrators gathered in front of the courthouse, just days after federal officers withdrew from the city.

Wolf said he was happy about the Portland's direction the last few days, but warned there was still violence in the city.

"There is still violence going on in Portland. There was before DHS arrived and there still continues to be. But we do see it at a much lower level. We're happy about that," Wolf said. "We're looking forward to further progress on this front. But again, to your point, we wish it would have occurred long before 60 days of violent criminal activity."

The Acting Secretary told Pirro that the DHS continues to have a presence in the city.

"And of course, we're still in Portland to make sure that folks understand that DHS remains in Portland until we can be assured that courthouse is safe and secure," Wolf said. "Night after night, that is our charge for Federal Protective Service. As you indicated, protects overnight almost 9,000 facilities. And they will continue to protect the federal courthouse in Portland, as they have since 1997."