Facebook CEO Mark Zuckerberg and Twitter CEO Jack Dorsey were grilled during a Senate Judiciary Committee hearing Tuesday but anyone who relies on nightly newscasts on ABC, CBS or NBC for information would have no idea, according to NewsBusters.

“The events at the hearing were subsequently censored by ABC, CBS, and NBC as they refused to share the news during their evening newscasts,” news analyst Nicholas Fondacaro wrote.

“NBC Nightly News,” ABC’s “World News Tonight” and CBS’ “Evening News” all declined to cover the hearing, according to Fondacaro.

“Instead, they chose to fear-monger about President Trump’s refusal to concede, suggesting it was a national security threat,” he wrote.

Republican lawmakers sought to strip the social media companies of legal protection they enjoy because they are not considered publishers under the law during the hearing ignored by ABC, CBS and NBC. 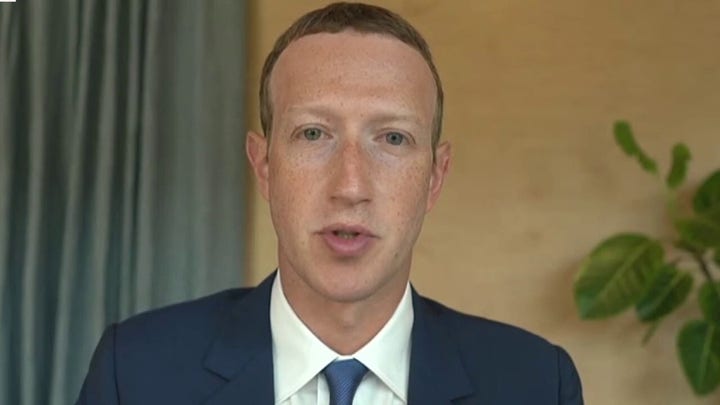 Tuesday's hearing was called after lawmakers took issue with Twitter's and Facebook's respective decisions to temporarily block the distribution of a New York Post story about President-elect Joe Biden's son Hunter Biden and his foreign business dealings. Both platforms allowed the distribution of the article after outcries.

"That to me seems like you’re the ultimate editor," committee chairman Sen. Lindsey Graham, R-S.C., said during his opening statement. "The editorial decision by the New York Post to run the story was overridden by Twitter and Facebook in different fashions to prevent its dissemination. Now if that's not making an editorial decision I don't know what would be."

Dorsey addressed the controversy in his opening remarks, explaining as he had during a previous hearing that the Post story was blocked pursuant to a 2018 policy against spreading hacked materials.

"We made a quick interpretation using no other evidence that the materials in the article were obtained through hacking, and according to our policy, we blocked them from being spread," Dorsey testified. "Upon further consideration, we admitted this action was wrong and corrected it within 24 hours."

Among other noteworthy moments, the hearing also included discussion points echoing those that were mentioned during the Senate Commerce Committee's October hearing but from a post-election perspective, including Section 230 of the 1996 Communications Decency Act, which could face reform under the Biden administration.