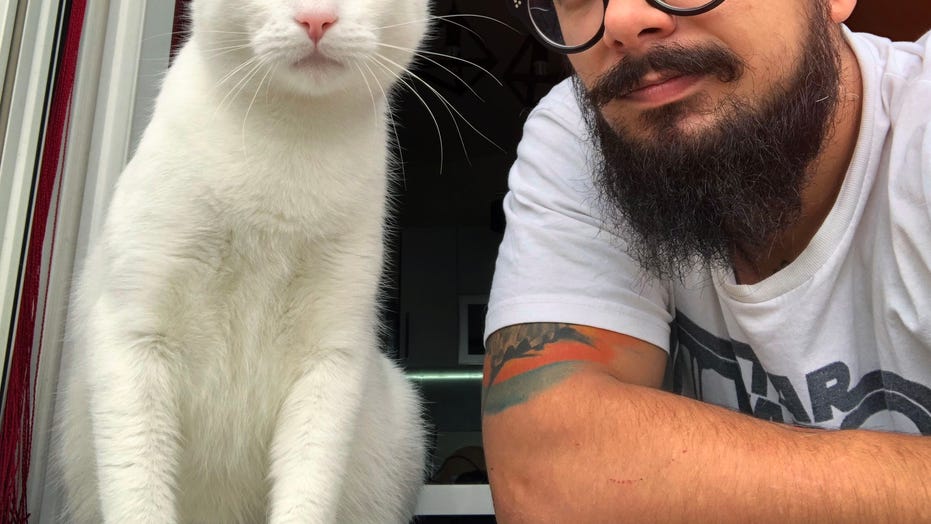 Sorry, cat lovers, you’re on your own.

A new study suggests that single men with cats may have more trouble attracting women than other men. Apparently, the same cannot be said for dogs, who don’t seem to negatively impact a man’s attractiveness to women.

A new study suggests that women would find this man to be less date-able than other men. (iStock)

The study was carried out by Colorado State University, Yahoo Lifestyle reports. According to the news outlet, 1,380 women between the ages of 18-24 were shown photographs of the same man. The pictures were basically the same image, except one showed him holding a tabby cat and the other did not.

The women were asked to rate the man on various attributes, like personality, masculinity and date-ability.

CAT ADOPTION: WHAT ARE THE COSTS?

The survey results reportedly found that women found the man holding the cat to be less masculine and less date-able. The cat holder, however, also appeared to be more open, agreeable and confident to the survey participants.

“This study found that college-age women viewing a photo of a man alone versus a photo of the same man holding a cat rated the man holding the cat as less masculine," the study's author bluntly puts it.

"Yet, it is important to note that these findings were influenced by whether the female viewer self-identified as a ‘dog’ or ‘cat’ person, suggesting that American culture has distinguished ‘cat men’ as less masculine, perhaps creating a cultural preference for ‘dog men’ among most heterosexual women in the studied age group," the author added.

The study’s results suggested that “pets continue to play a role in women’s mate choices and dating preferences," but admitted that "a closer look at the effects of different species of pets is warranted.”