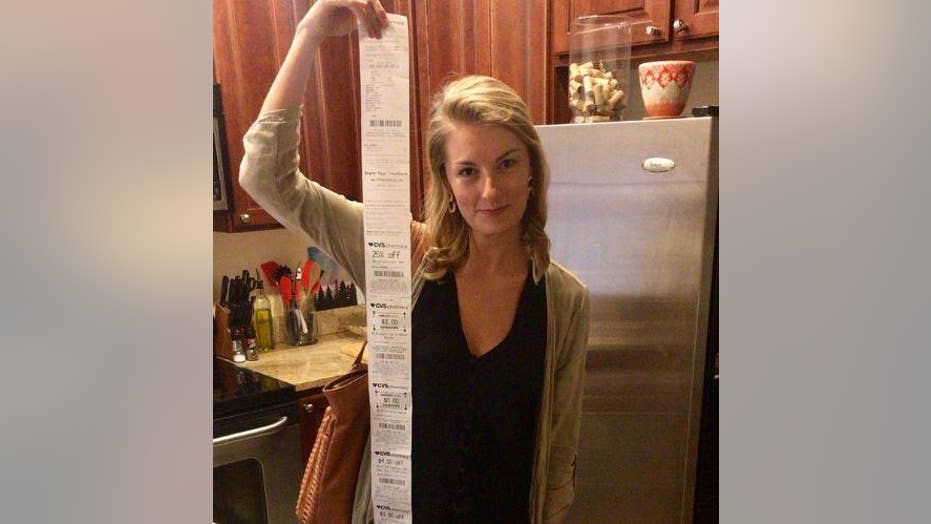 Now that’s a lot of coupons.

One Washington, D.C. woman has Twitter in stitches after sharing a photo of a CVS receipt that appears to be six feet long, which she received after purchasing just three items at at the pharmacy and retail convenience chain.

In early October, Emma Keane shared the funny shot to Twitter in a post that has since been liked over 350 times and sparked more than a hundred comments.

“Some personal news: CVS gave me a 5’8” receipt today,” she wrote on the social platform, confirming that she is 5' 8 and was holding the slip of paper coupons “up high.”

According to Komo News, the D.C. woman received the lengthy slip as she’s a member of CVS’ ExtraCare program, which often sends members discount coupons and offers.

As noted by The New York Post, this story isn’t the first time that Twittizens have poked fun at the often absurd length of CVS receipts.

Back in May, some users likened Meghan Markle's miles-long wedding veil to the infamously lengthy bills.