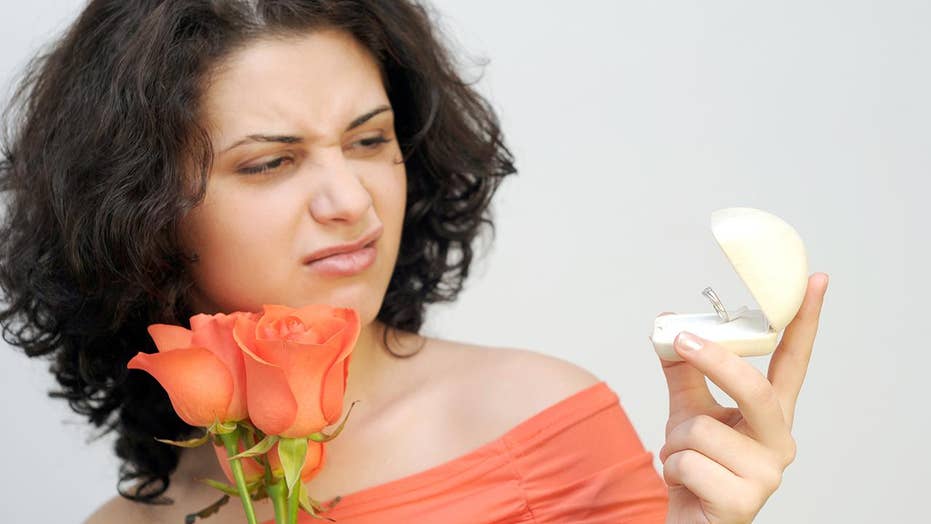 Social media slams an unidentified woman who found her engagement ring in her boyfriend’s nightstand and uploaded a picture of it on a “ring shaming” Facebook group.

He wants to put a ring on it, but she may be expecting a diamond as big as the Ritz.

A soon-to-be fiancée was slammed online after she discovered her engagement ring in her boyfriend’s belongings and complained about it on Facebook — before the proposal even happened.

After the unidentified woman found the ring in his nightstand, she uploaded a photo in a “ring shaming” Facebook group, a community dedicated to criticizing engagement baubles, Yahoo reported.

“Ewwwww. Self shame Friday here I come,” she wrote. “Found this in the BF’s nightstand. Not a fan.”

She then asked fellow members to join in on roasting her ring and solicited advice for how to tell her boyfriend to “tactfully” get a different diamond.

“I hope the guy sees this and breaks up. Seriously if that’s the type of person she is nobody should marry her until she fixes her attitude,” one person wrote.

“This lady deserves to get shamed not the ring,” another user said.

But other people were more understanding about her ring preferences.

“I think she’s justifiably asking for advice,” one user wrote. “‘How do I tactfully say no, you need to go and get something different?’ And the answer is for her to say ‘Hey hun, you should go and get some different girlfriend.'”

Some took the opportunity to crack jokes.

“Plot twist, it’s not for her,” one person joked. Another quipped that her discovery is “how she finds out she’s the side chick.”

Ring shaming is on the rise in the age of social media. Food blogger Jen Phanomrat told Yahoo she was criticized in June after posting a selfie with her fiancé on Instagram, where users called her ring “microscopically small.”

“I was shocked to see so many females wasting their time replying to each other to dampen our happy moment,” Phanomrat, who runs YouTube channel Just Eat Life, said. “I deleted many comment threads to ease the cycles of hate speech.”