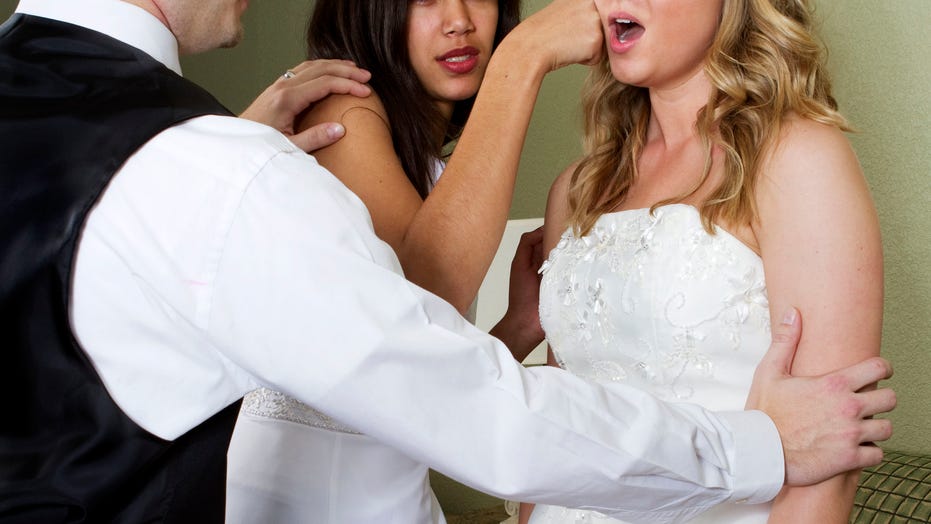 It’s OK to cut loose at a wedding, but when people start losing fingers, it’s time to stop.

A bride, groom and best man were reportedly arrested after an “disturbance” at the wedding reception in Scotland that allegedly included somebody biting off a guest’s finger.

So Claire and Eamonn Goodbrand spent their wedding night in prison.

BRIDE CAUGHT SCAMMING HUNDREDS OF DOLLARS FROM HER WEDDING PARTY: 'THAT'S A CRIMINAL'

The Scottish Sun reports the incident occurred Sunday night at The Vu at Ballencrieff Toll in Bathgate. Eamonn’s best man, Kieran Goodbrand, was also taken into custody. Goodbrand reportedly suffered a head injury during the incident.

According to the outlet, both men were seen still wearing their dress shoes under their prison uniforms Tuesday when they appeared in court, where neither man entered a plea. The trio was released on bail, under certain conditions including avoiding contact with certain family members.

A spokesperson for the Crown Office and Procurator Fiscal Service confirmed to the Scottish Sun the three suspects were charged with assault to severe injury, permanent disfigurement and danger of life.

The trio is set to appear in court again later this week. The Scottish Sun reports that Eamonn works as a professional boxer and fights competitively as a light middleweight.