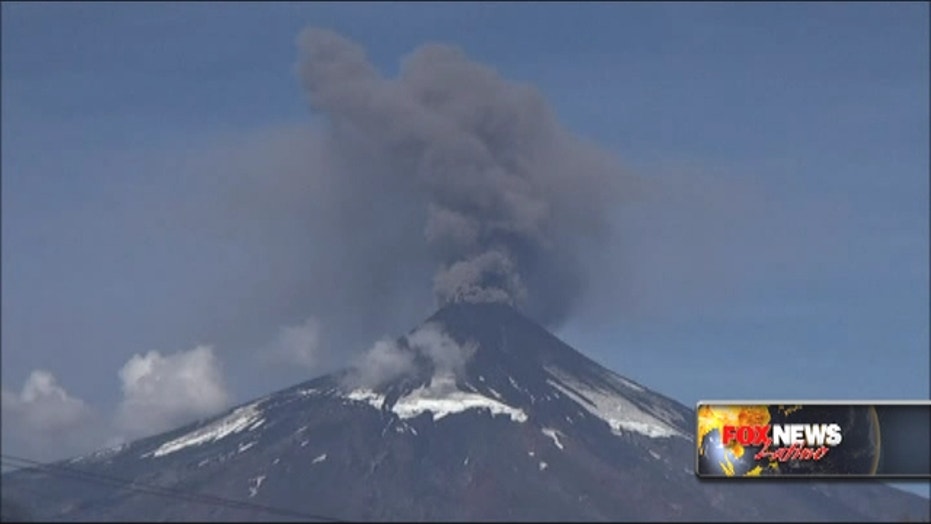 Local media showed images of the Villarrica volcano spewing heavy smoke into the air during the weekend.

Pucon, Chile (AP) – One of South America's most active volcanoes continued to spew jets of smoke and ash on Sunday in southern Chile. Local media showed images of the Villarrica volcano spewing heavy smoke into the air during the weekend.

Juan Cayupi, director for the Chilean Office of National Emergency, said the volcanic activity could escalate. He said forecasts from Chile's National Geology and Mining Service, that monitors volcanoes across the country, indicate there is a high probability that eruptions could occur, including the spewing of lava.

The 9,000 foot Villarrica volcano in Chile's central valley, 400 miles south of the capital Santiago, sits above the small city of Pucon. The city has a population of about 22,000 people.

Residents gathered on the streets to watch the volcano's activity, with some taking pictures of the huge plume of smoke billowing up from the crater. Tourists flock there for outdoor activities, including hiking around the volcano.

Tourist Alan Farah said the volcano's activity was an "adventure" and that he wanted to get closer but the whole area was blocked off.

Villarrica is considered to be one of the most dangerous of the country's 90 or so active volcanoes.