Check out the top ten trends for the 2015 fall season.

Turtlenecks: Whether a dress, sweater, or shirt, the turtleneck is everywhere for fall. DKNY incorporated the style in both dresses and sweaters styled under blazers. Delpozo layered thin turtlenecks under almost every runway look, toning down its whimsical pieces. BCBGMAXAZRIA had chunky knit turtlenecks that covered models’ chins insisting that the more height and volume on the turtleneck, the merrier.

Black: Alexander Wang, Donna Karan and Diesel Black Gold focused on black almost entirely. While no shade of black is new, both collections used the color in structured blazers and jackets, and often in head-to-toe looks. Leather pieces were revamped in turtlenecks and updated biker jackets.

Fur details: Fur is something that will usually be on the runway for fall, however this season we see it in more unique ways. Carolina Herrera used fur along the edges of long scarves and in short jackets. The fur placement at Michael Kors of collars on day dresses, gave a very seasonal feeling to floral printed dresses. Altuzarra and Marc Jarbos placed fur on jacket collars, which became a design element that swept the New York runways.

Grommets: This small, metallic detail brought a bit of edge to garments for fall.  At Zimmerman a majority of the collection used grommets in long, flowing, 60’s and 70’s inspired dresses.  Elizabeth and James as well as BCBGMAXAZRIA used grommets along seams and as trim.

Little dainty dress: A must have item for fall is a dress that bares your shoulders with either small, delicate straps or a cut-in curved strap. Misha Nonoo, Jill Stuart, Carolina Herrera and Victoria Beckham all showed this style that is a twist on the 90s spaghetti strap.

Shimmer: Many garments had a hint of sheen adding shimmer to day and night looks. Metallic threads were woven into dresses and blouses at Creatures of the Wind, Carolina Herrera and Rolando Santana. For a different take, jewel embellishments detailed outfits at Michael Kors and a stand out sequin blazer was part of the collection at J.Crew. 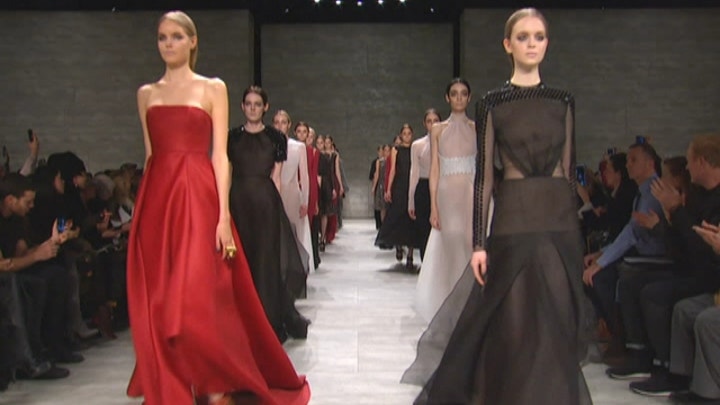 Lace: The bohemian vibe seen throughout fashion week took off at Rodarte, with lace specifically in blouses and leg wear. It was a focal point at Marissa Webb, Charlotte Ronson and Monique Lhuillier, who included lace in dresses and pants to add a touch of glamour.

Vests: Elongating the body for next season was seen throughout collections, emphasized by the lines of a vest. BCBGMAXAZRIA’s vests came with fur trims and patchwork details while Diane von Furstenburg showed tailored business-like vests. Elie Tahari had strong outerwear for the season and showed a mix of long and cropped vests. 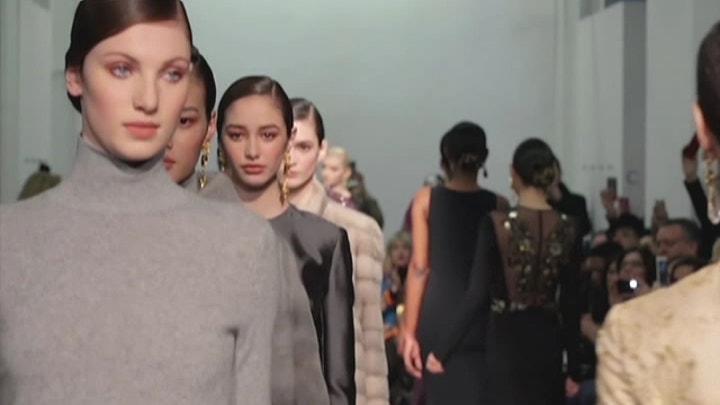 Wide pant: Carrying over from last season, wide leg pants were a hit again for fall. A popular style was the billowy, palazzo pant at Wes Gordon, J.Crew, Mara Hoffman and Carolina Herrera.  Another interpretation was more of a bell shaped flare seen at Derek Lam.