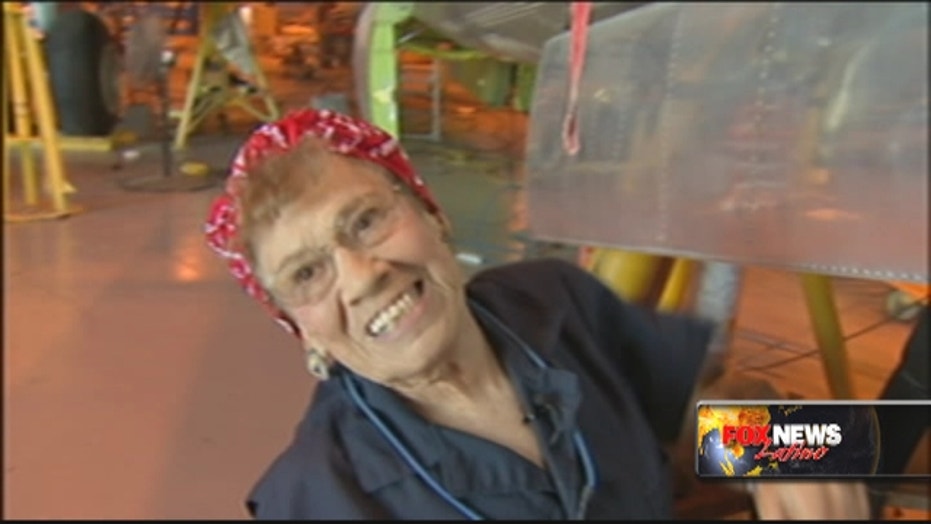 WICHITA, Kansas – Remember Rosie the Riveter? That iconic American woman, arm flexed, with a red scarf wrapped around her hair and a navy-colored work shirt. Rosie was the United States’ call to women all over the country to work in the factories and fill the jobs vacated by men going off to fight in World War II.

Today, one of those "Rosie's" is very much alive and well, and living in Newton, Kansas. Her name is Connie Palacioz and she is 89-years-old.

For the past 14 years, this proud Mexican-American woman, mother of four, has been working as a volunteer to restore a B-29 Superfortress Bomber to its original glory. She hopes it will fly again.

Palacioz began as a riveter in Wichita, right after graduating high school in 1943. She then began working at Boeing, and stayed there until the war was over.

Connie riveted every B-29 to come out of Wichita. The project she is working on involves a plane that came off the manufacturing line in 1944. She can still pick out the rivets she placed way back when.