Is this Rachel Dolezal's second act?

Dolezal, the controversial former NAACP leader who claimed to be African-American, has taken to social media in recent weeks to highlight the success of her in-home hair salon business.

Following her resignation as the NAACP’s Spokane, Wash. chapter head in 2015 after being outed for lying about her African American heritage, the 40-year-old has been increasingly taking to Instagram to share updates about her supposedly booming haircare business.

The mother of two, who is evidently running her business from her Spokane home, posted photos of women, men and children sporting various looks — from cornrows to boxed braids and colorful extensions.

“I love bringing out the smiles, styles and personality of my hair clients #weavologist #braiderinspokane #beautyisyou,” the former Eastern Washington University of African studies professor wrote on Instagram April 3.

“Hair is all about confidence. #bringoutyourbeauty #braidseason,” she followed up in another post.

“Where the magic happens #timetowork #hairchair #morebraidingtoday,” Dolezal captioned an April 9 photo of a salon chair in her living room.

Describing herself as an “Artist, Author, Activist, Entrepreneur” in her bio on the platform, which has 10,300 followers, Dolezal is evidently pleased with how far her work has come. “I love the braids so much I can't stop taking pictures. LOL. Thank you,” one customer says in a text conversation. 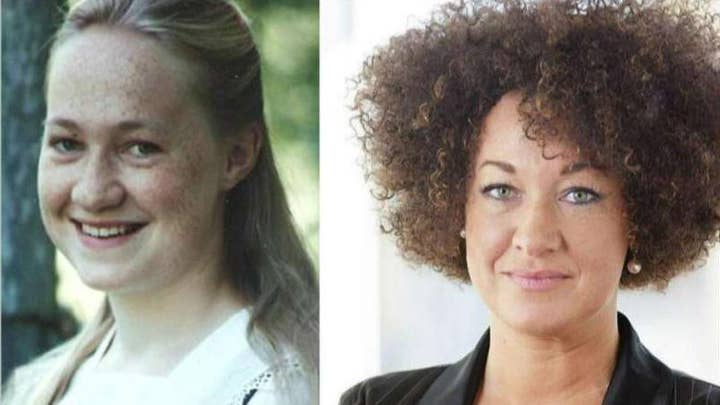 She published a children’s book about hair titled “Ebony Tresses,” and she also stars in the Netflix documentary “The Rachel Divide,” to be released later this spring.

Whether or not her salon business makes it big, she’s reportedly got some background in the subject, having extensively lectured on “the politics and history of black hair” in her former academic role, according to Vanity Fair.