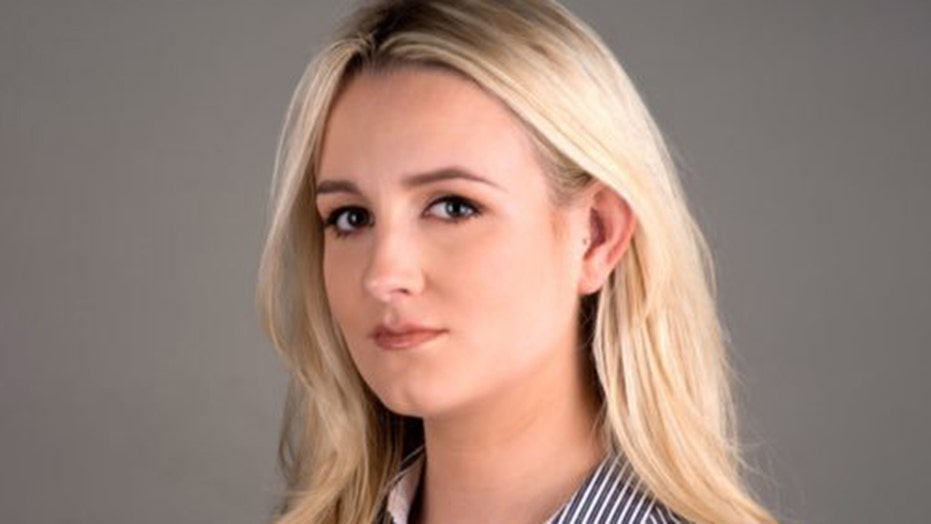 A woman with a Ph.D. in planetary science has called out a man she matched with on the dating app Hinge after the potential suitor joked that the woman’s real-life work experience at NASA was likely as “the receptionist.”

She fired back at the failed flirtation by sharing that her mother works as a receptionist – and that judging a woman’s intellect based on her looks isn’t the greatest way to start a potential relationship.

Dr. Lauren McKeown, pictured, has called out a man she matched with on dating app Hinge after the suitor joked that the woman’s real-life work experience at NASA was likely as “the receptionist" in an exchange that has since gone viral on Twitter.  (Dr. Lauren McKeown / Twitter)

"And this, ladies and gentlemen, is why I am single," McKeown joked of the tale, sharing two screenshots of the Hinge conversation with a bachelor identified only as Mikey.

The two connected after Mikey replied to one of the woman’s profile prompts that read "The dorkiest thing about me is: I worked at NASA.” (iStock)

The two connected after Mikey replied to one of the woman’s profile prompts that read "The dorkiest thing about me is: I worked at NASA.”

“That's cool, wait ‘til I tell my parents,” Mikey wrote back.

McKeown started a chat, and the bachelor opened up the conversation with a painfully cringe-worthy question.

“So what are you like the receptionist? [Just kidding] you look reasonably smart,” he asked.

Unfazed, the scientist quickly shut down the line with opinions of her own.

“Smart enough to know at least that judging a woman's intelligence based on her appearance might not be the best way to initiate conversation,” McKeown wrote. “PS. my mother is a primary school receptionist and is the wisest, most inspirational, and kindest person I know. So much so in fact that my PhD. thesis in planetary science is dedicated to her.”

Naturally, online commenters had a whole lot to say about the unbelievable exchange.

Many urged her to forget about guys like Mikey and the "fragile male ego,” cheering her up with reminders that meeting the right person one day would be "worth it."

“This is the story of my life actually,” one comrade agreed. “Women in science are not taken seriously by anyone and I hate that… So, I'll dedicate my PhD to all men who think women are not good enough for science.”

Others, meanwhile, were more skeptical of the exchange in general. One commenter pressed the woman to “consider both sides” in forgiving Mikey’s failed attempt at humor, while another Twittizen wondered why someone with McKeown’s “looks and brain” was looking for love on Hinge in the first place.

“Not to defend blatant misogyny, but I would be skeptical if a girl or guy works at the agency of literally ever kid's dream,” one user said. “Please don't hate me forever, but we should also consider the off-chance he tried to joke and immediately regretted it. We should consider both sides.”

“It surprises me that someone with your looks and your brain is looking for love in a dating site/app,” another chimed in. “You won't find anyone with half your brain there.”

In the hours after her story went viral, the London-based woman shared a hilarious update to the saga on Twitter.

“Woah. What I thought would give a few people a laugh has really made its way around the world,” McKeown, who mentions an interest in “Martian meteorites and Mars polar processes” in her page profile. “Thanks to everyone who engaged in this important topic.”

“And to the lads taking my tweet as an invite for marriage proposals in my inbox, you (may) have missed the point,” she joked. “Society, pour me a cup of tea, we need to have a chat.”

Reps for the dating app, too, eventually jumped into the fray.

“Yikes. Hinge has a zero tolerance policy for behavior like this. We're on it,” officials tweeted on Thursday. “And while we're at it, your next [app] date is on us. We hope you find someone worth deleting Hinge for soon.”