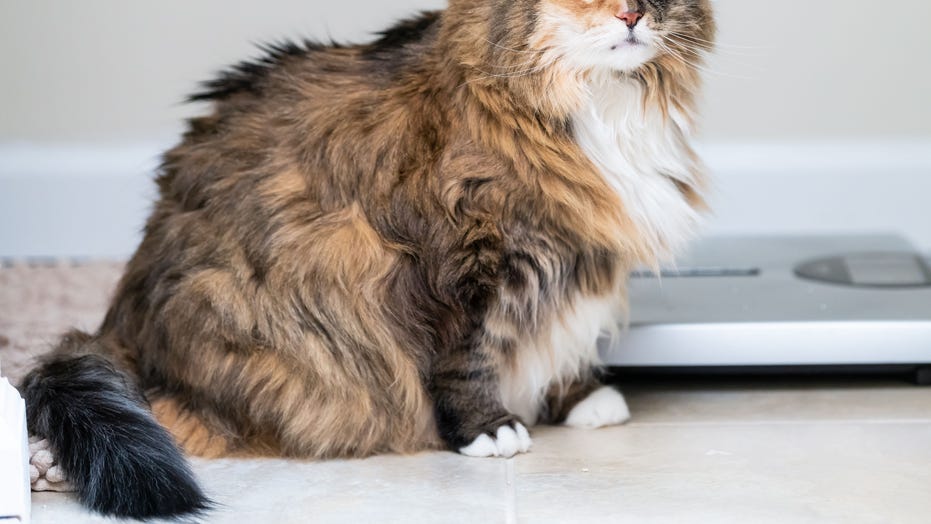 Weighing in at a whopping 28 pounds, Wilford is officially a morbidly obese cat. Fortunately, he’s currently being fostered by a family that’s dedicated to getting him both healthy and placed in a good home.

Wilford was surrendered to the Virginia-based Lost Dog and Cat Rescue, DCist reports. He has since been taken in by a local foster family.

“While it’s easy to jump to conclusions about what someone may have done wrong for him, I encourage people to look at the situation with empathy,” the cat’s foster mom (whose name wasn't revealed) told People. “Wilford is amazing, and while he definitely requires specialized care, I can’t imagine it was easy for his family to let him go. Rather than focus on how he got like this, I like to focus on the fact that his people asked for help when they needed it and that he’s now on a path towards a healthier life.”

His foster family describes Wilford as “incredibly affectionate and loves being doted on by humans. He’s used to be being pet and was clearly very spoiled.”

While they're waiting to find a home for Wilford, his family is helping him lose weight through diet and exercise.

The family hosts an Instagram page for their animals called the Playschool for Wayward Kittens, which has over 100,000 followers. Wilford appears to be a favorite among fans.

“He likes having a routine and gets a little nervous when we stray from that,” his foster family continued. “For instance, he has his own space, and is very comfortable and confident there, but when we challenge him to come out of that environment, he goes full drama. He’ll roll onto his back, whine, paw at the door to his room, and look up at you like ‘how could you possibly be so cruel!!!!’ It’s adorable, hilarious, and endearing.”