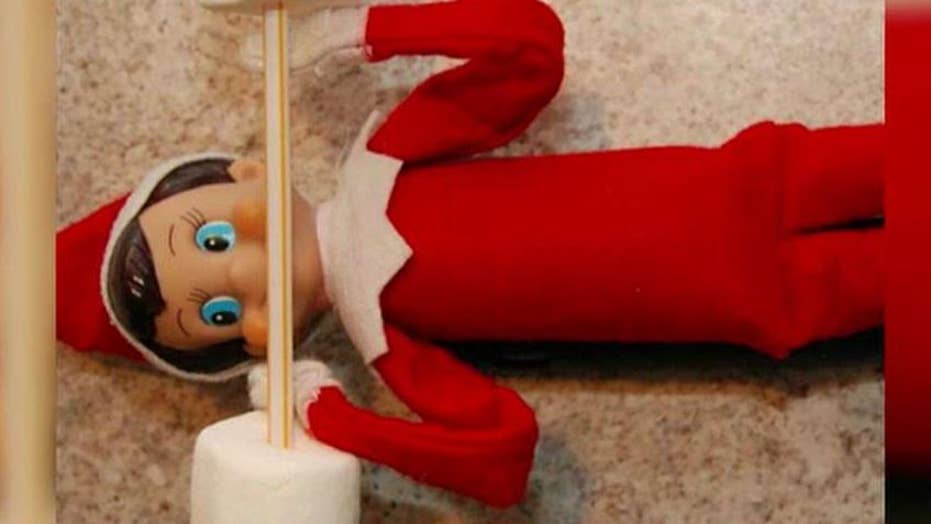 Behind the Elf on the Shelf phenomenon

Chanda Bell and her mother Carol Aebersold explain how their family's Christmas tradition became a pop culture phenomenon with more than 13 million elf scouts helping Santa around the world.

A mother has found a way to make Elf on the Shelf more inclusive for her daughter.

Samantha Lackey’s 2-year-old daughter Stella received the popular elf doll from Santa in November. Lackey went on to modify the doll – whose name is Bean – so Stella would feel represented.

'ELF ON THE SHELF': HOW THE BRAND EVOLVED OVER 16 YEARS

Stella is diagnosed with spinal muscular atrophy and requires a wheelchair to get around, so Lackey fashioned an elf-sized wheelchair that can be used with the toy.

Lackey shared an Instagram video of the process, which shows she transformed a blue, silver and black Barbie wheelchair into a stunning purple that matches the look of Stella’s wheelchair. She also crafted Bean a pair of pink ankle foot orthoses – a biomechanical device that’s designed to provide ankle stabilization and support.

"Elf on a shelf but make it INCLUSIVE," Lackey captioned her DIY video.

CABBAGE PATCH KIDS TO TICKLE ME ELMO: THE CHRISTMAS TOY GIFTS THAT MADE PARENTS SCRAMBLE

Lackey’s modifications are fully functional and allow Stella to push Bean down ramps and other surfaces around their Phoenix home.

Stella and Bean’s adventures are being documented on the Lackey family’s "Strong Like Stella" Instagram page, where Lackey and her husband Jeremy actively post to spread awareness about spinal muscular atrophy, rare diseases and disability.

According to Lackey, spinal muscular atrophy is a "genetic disease that causes muscle wasting."

The condition reportedly affects one in 8,000 to 10,000 births, according to data published by MedlinePlus. There are five types of spinal muscular atrophy.

The Lackeys have inspired thousands of people with their informative and inclusive posts. Bean has since received an elf-sized gastronomy tube that Lackey has made from a syringe and nasointestinal tube.

"We’ve learned how important representation is to raising a daughter with a disability. We’ve also seen how immensely under represented disability really is in our lives. We, as allies need to do better for the generations we’re raising," Lackey wrote in an impassioned Instagram post. "Sure, Elf on the Shelf is a silly little tradition I’m starting with my daughter but I really hope it sparks some conversations and inspires a little holiday magic."